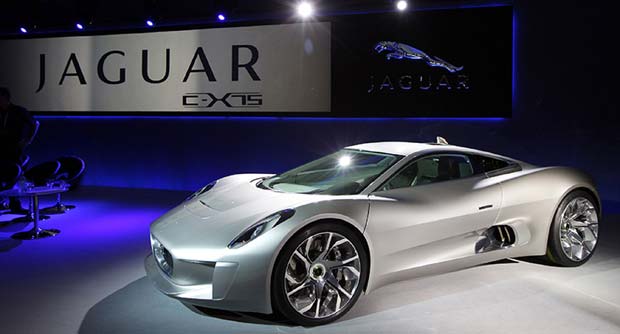 The C-X75 received the highest overall score among the segment winners in the Car, Truck and Production Preview categories, to earn the night’s coveted award. This marks the first Most Significant Concept Vehicle honor for the brand and the third Concept Vehicle award. The Jaguar ALC concept won in 2005 and the C-XF in 2007.

North American Concept Vehicle of the Year Awards recognize those vehicles most likely to shape the future of the automobile industry. This year, more than two dozen jurors participated in a selection process that involved a total of 29 vehicles, each introduced to North America during this season’s auto shows in Los Angeles, Detroit, Chicago, Toronto, and New York. Finalists in this year’s Car category also included the Audi Quattro, the Mazda Shinari, and the Porsche 918 RSR Hybrid.

In May, Jaguar announced its plans to launch the remarkable C-X75 concept car as an exclusive hybrid supercar, making it the British marque’s most advanced model to date. The Jaguar C-X75 will offer performance on a par with the fastest production cars on the market, while adopting cutting-edge technology that offers remarkably economical running.