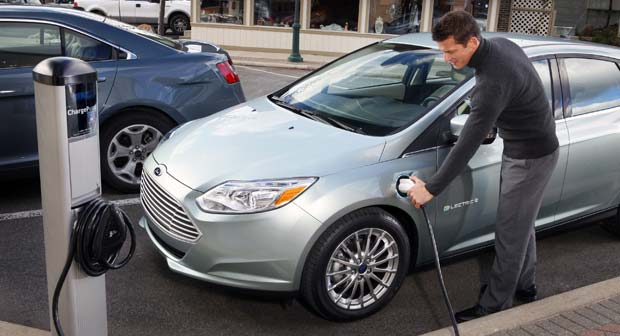 The 2012 Ford Focus Electric will get an unique liquid-cooled battery system that cools the lithium-ion battery and keeps it working at its prime, even in the hottest of conditions.

The electric vehicle batteries can get quite hot and to overcome this, Ford has announced its Focus Electric will use an “an advanced active liquid-cooling and heating system” to regulate the temperature of its lithium-ion battery packs, which are designed to operate under a range of ambient conditions.

The Focus Electric cooling system will incorporate the car’s air-conditioning unit which will refrigerate the coolant going to the battery using a “chiller,” so as the coolant passes through the chiller, it’s brought down to the temperature that the battery requires. This will bring temperatures down much lower and faster than conventional radiators.

Temperature sensors placed all over the vehicle let the cooling system know when it needs to kick into action.

The cooling system can even work when the car is charging, so it can help reduce the charge time in hot climates because the battery will be kept at a desirable temperature.

“If the battery became too hot, we would have to limit the use of energy to protect it. The liquid cooled system allows us to reduce those constraints and get the most out of the battery,” said Dave Fabricatore, Thermal Program Management team engineer. “We’re helping owners by making sure their battery is always ready to go regardless of the weather.”