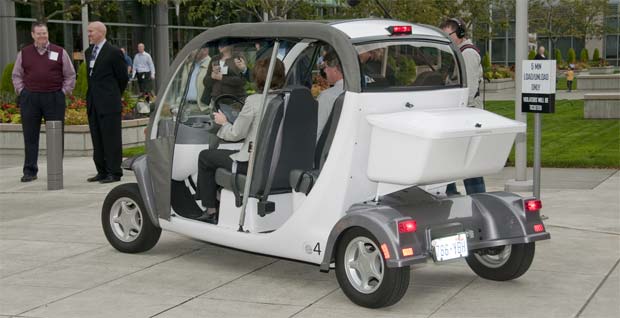 “Neighborhood electric vehicles are proof that EVs will take many forms in different parts of the world,” says senior analyst Dave Hurst. “And while moderate in terms of sales volumes compared to other emerging vehicle markets, the growth rate for NEVs will double that of the total light duty vehicle market during the same period.”

Hurst adds that NEVs remain competitive and relevant in today’s market by utilizing lead acid battery technology, allowing them to compete at less than half the cost of light duty electric vehicles. At $100 to $200 per kilowatt hour (kWh), these lead acid batteries are the most inexpensive batteries available. Batteries used in NEVs include flooded, gelled, and absorbed glass mat (AGM) lead acid batteries.

Neighborhood electric vehicles, also known as low-speed electric vehicles, were one of the original “electric vehicle” categories and have been on the market for a number of years. NEVs are street legal with a top speed of 25 miles per hour. Originally conceived as a way to fulfill the California Air Resources Board zero emissions requirements in the late 1990s, the vehicles have found a niche with fleets that can use inexpensive vehicles on public roads, and consumers who live in communities that often have designated paths and parking for the vehicles.