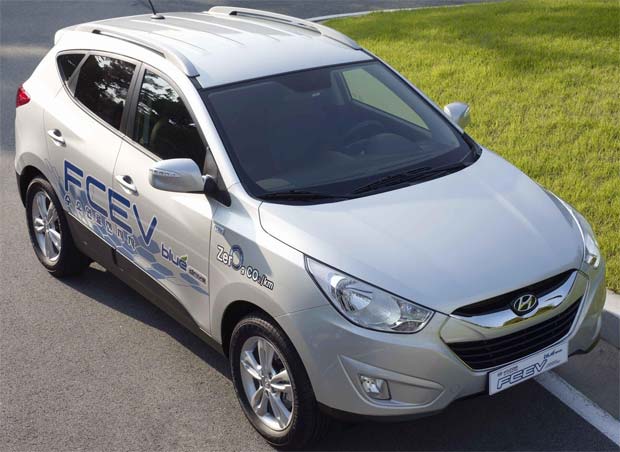 In addition to improving the fuel economy and range of the powertrain, Hyundai has also created a more compact power source for the Tucson ix FCEV.  Overall volume of the fuel cell system was downsized by 20-percent compared to the previous system via modularization of bulky parts in the fuel cell system including fuel cell stack, balance of plant (BOP), inverter and high voltage junction box.

Hyundai will test about 50 new Tucson ix FCEVs throughout 2011 as part of the second phase of the Korean Government Validation Program. Hyundai plans to make a limited supply of the Tucson ix FCEV in 2012 and begin mass production in 2015.