General Motors will launch the Chevrolet Volt extended-range electric vehicle in all 50 states by the end of the year, rather than limiting sales to a half-dozen markets as previously planned.

Chevrolet Volts have been delivered to customers in the Washington D.C. area, as well as California, New York, Connecticut, New Jersey and Texas.  Customer deliveries in Michigan begin this spring.

During the fourth quarter, Chevrolet expects to deliver Volts in all 50 states.

The automaker is expected to announce this week plans to dramatically increase Chevrolet Volt production in 2012. 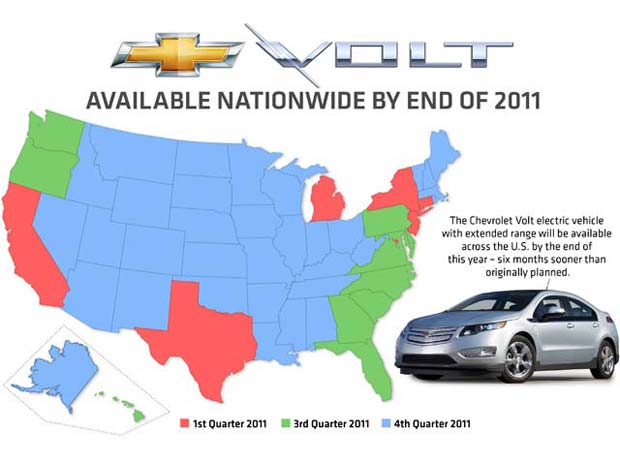