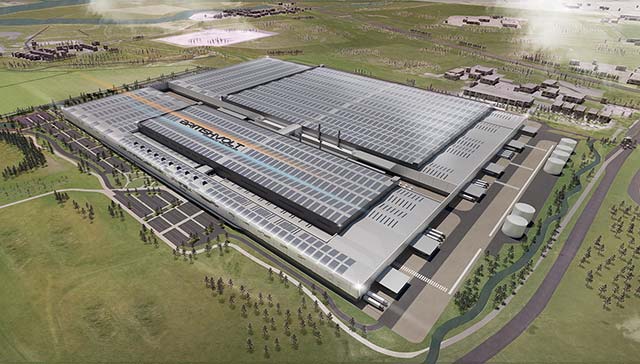 UK-based battery manufacturing start-up Britishvolt has secured around £1.7bn in private funding from Abrdn and Tritax for its proposed large-scale gigafactory in Northumberland, North East England.

The investment was backed by a £100m grant from the government’s Automotive Transformation Fund, a pot set up to try and woo battery developers to the UK.

“This announcement is a major step in putting the UK at the forefront of the global energy transition,” Peter Rolton, Britishvolt chairman, said in a statement.

The plant, which Britishvolt estimates will produce enough batteries to power 300,000 electric cars, will create an estimated 3,000 jobs at the site and an additional 5,000 in the local area.

The first batteries are scheduled to start production in 2024 to take advantage of rising demand ahead of the UK’s 2030 ban on new cars without a battery.

Britishvolt is one of two major UK battery manufacturing projects that has secured funding. Last year, Nissan’s partner, Envision AESC, announced it would build an electric car battery plant to supply an expansion of electric vehicle production at the Japanese carmaker’s plant in Sunderland.

The third potential battery plant, the West Midlands site at Coventry airport, last week gained pre-emptive planning permission by local council. The West Midlands Gigafactory will have capacity to deliver up to 60GWh by the end of the decade.