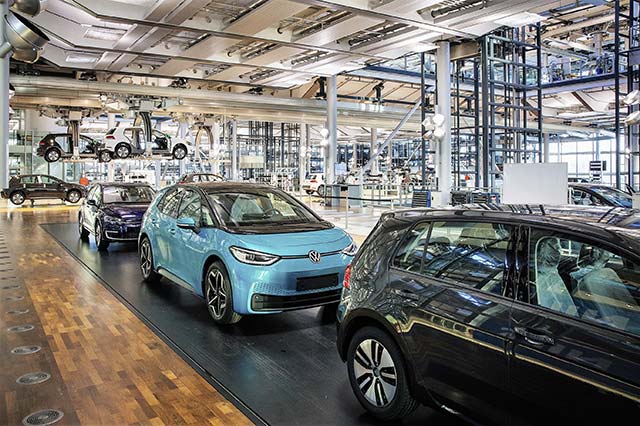 More than 20% of new cars sold in Europe and Britain in December were powered solely by electricity, according to data compiled by Matthias Schmidt, an analyst in Berlin who tracks EV sales. Sales of diesel vehicles, which as recently as 2015 accounted for more than half of the new cars in the European Union, slipped below 19%.

In December, around 176,000 BEVs were sold in Western Europe—an all-time record high and a 6 per cent increase on December 2020 levels – while European car makers sold 161,000 diesel cars, with Volkswagen’s dieselgate scandal torpedoing the models that were once as famous for their rattle as their superior fuel economy.

Diesel passenger cars used to command just over every second new vehicle registered across the region prior to dieselgate (September 2015), peaking during full year 2011 at 55.5%.

During December 2021, the diesel penetration level remained below 20% at just 18.7% while just a handful of markets from Southern Europe, Germany, France, Austria and Belgium still show a fading interest.

While diesel 48V MHEVs have offered a lifeline to mainly German OEMs the death of the diesel is likely inevitable while Europe’s appetite for BEVs – pushed by legislation, new models and both fiscal and purchase subsidies – is gathering pace, accounting for every ninth new car registered in 2021 (11.2% mix).

2021 BEV penetration was also arguably above the forecast at the start of the year due to the semiconductor shortage forcing OEMs to forego high volume, lower profit models for higher-emitting but more profitable models that had to be off-set by BEVs in order to reach CO2 compliance.

European CO2 fleet average target increased slightly over the previous year due to the so-called phase-in falling away, as well as the likely limited use of the reduced value of super credits available.