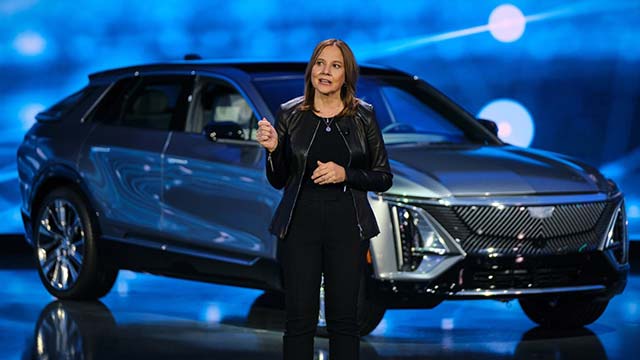 General Motors Co. revealed a detailed roadmap of how the company plans to double its annual revenue and expand margins to 12 to 14 percent by 2030, as a result of GM’s transformation into a growth company driven by EVs, connected services and new businesses.

“GM has changed the world before and we’re doing it again,” said GM Chair and CEO Mary Barra. “We have multiple drivers of long-term growth and I’ve never been more confident or excited about the opportunities ahead.”

GM concluded the first of two days of investor meetings by sharing its growth plans. Leaders – many of whom recently joined GM from other companies – detailed how GM’s compelling hardware and software platforms will combine to create growth, expand margins, add customers and diversify revenues.

“GM is unlocking a secular growth story that is changing the trajectory of our business,” said Paul Jacobson, executive vice president and chief financial officer. “Simply stated, we are at an inflection point in which we expect revenue to double by 2030 while also expanding our margins. We will achieve this by growing our core business of designing, building, and selling world-class ICE, electric and autonomous vehicles, growing software and services with high margins and entering and commercializing new businesses.”

According to Jacobson, GM’s financial targets include:

During the first day of presentations and discussions with investors, GM leaders described how the company’s Ultium and Ultifi platforms underpin the company’s growth strategy.

The opportunities are far ranging:

During the’s presentations, GM also announced it is increasing investment in charging infrastructure to nearly three quarters of a billion dollars through 2025, covering all charging domains, including home, workplace, and public charging throughout the U.S. and Canada. This investment will significantly increase access to reliable, public charging with the superior customer experience of Ultium Charge 360.