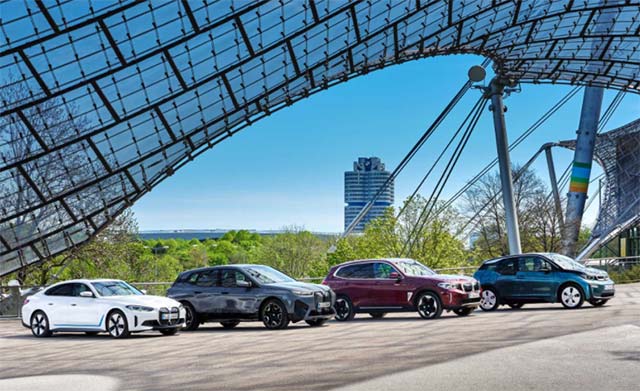 Third-quarter sales of fully-electric and plug-in hybrid vehicles climbed 43.1 percent year-on-year to reach 78,333 units. With a total of 59,688 pure electric vehicles delivered to customers, the BMW Group has seen a 121.4 percent increase in sales since the start of 2021.

In particular, the fully-electric BMW iX3, which has also been available in Europe since the start of the year, gave sales a major boost, with a total of 20,887 units sold in the year to date.

“With the launch of the BMW iX and BMW i4 from November, we will have two new vehicles in the market that will further accelerate the ramp-up of electromobility. New orders worldwide already reflect our customers’ enthusiasm for these new models,” explained Pieter Nota.

Over the coming years, the BMW Group will be expanding its e-mobility offering to include fully-electric versions of the BMW 7 Series, BMW X1 and the high-volume BMW 5 Series, as well as the successor to the MINI Countryman and the solely fully-electric Rolls-Royce Spectre, which was recently announced for the fourth quarter of 2023.