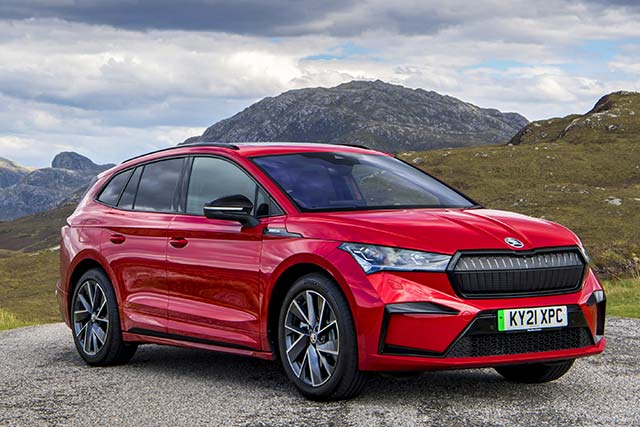 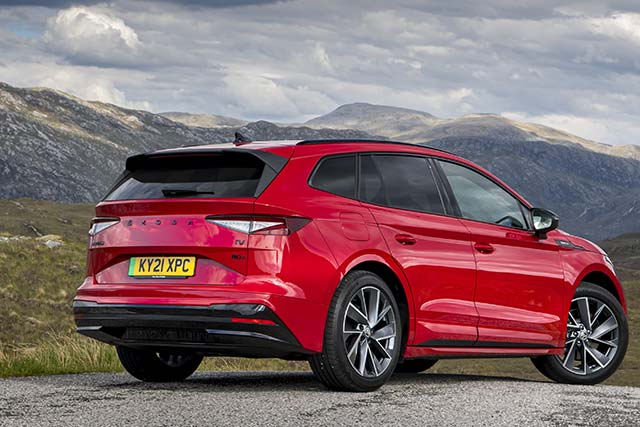 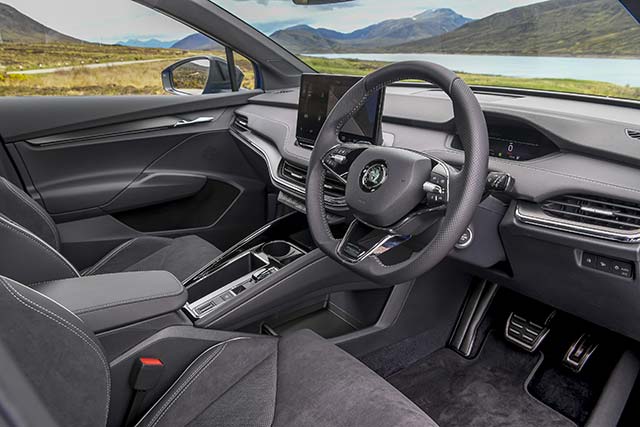 Skoda is expanding its acclaimed Enyaq iV electric SUV line-up with the arrival of a new, all-wheel-drive 80x SportLine model. Priced from £46,610, the new model is also the most powerful Enyaq iV to date with an output of 195kW (265PS).

The 80x SportLine is fitted with a second electric motor that drives the front axle. The combined 195kW output of the front and rear motors means that the newest addition to the Enyaq iV range is also the fastest with a 0-62mph time of 6.9 seconds. The 80x model also delivers significantly more torque than the standard rear-wheel drive SportLine model thanks to its twin motor arrangement. The combined torque figure for the 80x SportLine is 425Nm, which provides exceptional levels of agility and acceleration.

In terms of power consumption and range, the 80x SportLine has a WLTP range figure of 303 miles. Official consumption is 3.5 miles per kWh under WLTP test conditions. 80x SportLine models are equipped with 125kW rapid charging capability as standard, which means the newcomer can charge from 0-80% in as little as 38 minutes when connected to a 150kW+ DC rapid charger. A charge from empty to full will take around 13 hours on a domestic wallbox with an output of 7.2kW.

Like the rear-wheel drive model, 80x SportLine is equipped with a sports chassis set up as standard. This features a lower ride height (15mm lower at the front, 10mm at the rear) that reduces the centre of gravity for even more agile handling. Drive Mode Select and progressive steering are also standard while Dynamic Chassis Control is available as an option.

The Enyaq iV 80x SportLine comes with full LED Matrix headlights as standard. Each Matrix high beam module features 24 LEDs, which can be controlled individually and enable the driver to have the high beam on at all times without dazzling other road users. This intelligent technology automatically turns off individual segments of the light beam when the camera on the windscreen detects vehicles, as well as people and objects, reflecting the light.

Inside, the 80x SportLine’s upholstery and roof lining are predominantly black. The dashboard is upholstered in a black synthetic leather with grey contrasting stitching and features carbon-effect trims, which provide visual highlights and can also be found on the door panels.

The SportLine Design Selection also includes unique black sports seats with integrated headrests. These are upholstered in Alcantara/Leather and feature grey piping. A three-spoke multifunction leather sports steering wheel comes as standard and allows numerous vehicle functions to be controlled from its buttons and knurled wheels. The leather-covered steering wheel rim features grey contrast stitching, while the lower spoke has a badge bearing the SportLine lettering.

The 80x SportLine is priced from £46,610 OTR and available to order now. First deliveries are expected later this year.