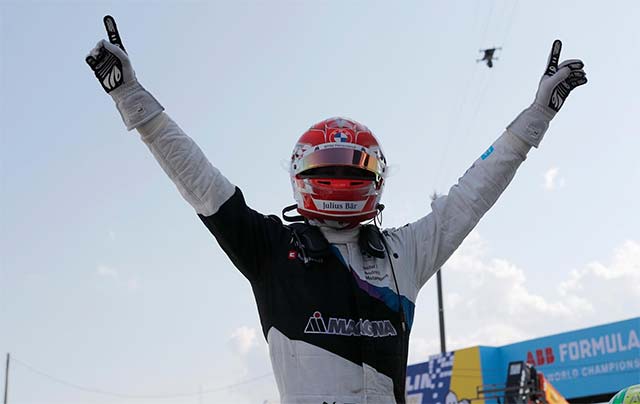 BMW i Andretti Motorsport’s Maximilian Guenther pieced everything together perfectly in the first race of an ABB New York City E-Prix double-header, mastering the streets of Brooklyn for the win on home soil for the BMW i Andretti Motorsport team ahead of Jean-Eric Vergne (DS TECHEETAH) and Lucas di Grassi (Audi Sport ABT Schaeffler).

The German measured things maturely from fourth on the grid to pick his way into the lead as Vergne forced his way by polesitter and long-time race leader Nick Cassidy (Envision Virgin Racing) at the hairpin with five minutes to go. Guenther made his efficiency advantage count, with a percentage point of usable energy in-hand over Vergne meaning the Frenchman had to settle for second spot.

Di Grassi clambered up the order from seventh to take the chequered flag third with Cassidy eventually winding up fourth, while teammate Robin Frijns followed in fifth.

The Nissan e.dams pair of Sebastien Buemi and Oliver Rowland were next across the line with Porsche’s Andre Lotterer close behind in eighth. A storming recovery drive from Jaguar Racing’s Sam Bird after that Free Practice 1 shunt, and a mad rush to make repairs ahead of qualifying, yielded points and ninth plus the TAG Heuer Fastest Lap, while Rene Rast (Audi Sport ABT Schaeffler) rounded out the top 10.

That result meant nine winners from 10 races in Season 7 so far, and sees Frijns draw level with Edo Mortara (ROKiT Venturi Racing) at the top of the Drivers’ standings, with Vergne propelling himself into third in the running ahead of Round 11 in The Big Apple tomorrow from 1330 local time.