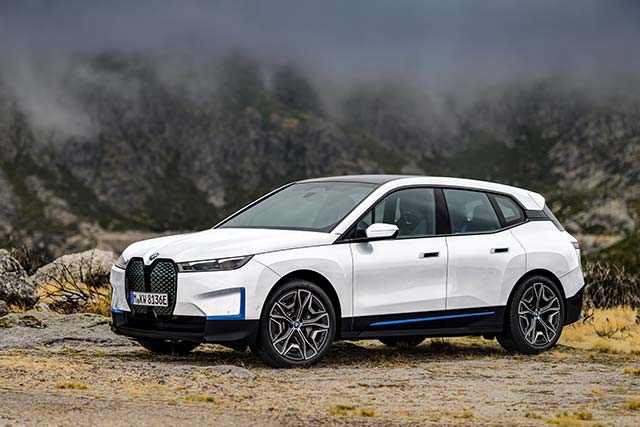 BMW Group sales of electric and plug-in hybrid electric vehicles totaled 70,207 in in the first quarter of the year, an increase of 129.8% percent over the 30,692 sold in the same period a year ago.

“Our sales performance was boosted by strong demand for our electrified vehicles, in particular. In the past three months, we doubled our global sales of electrified vehicles compared to the same period last year. This puts us on track to deliver more than 100,000 fully-electric vehicles this year, with at least a million electrified vehicles on the roads in total by the end of this year,” said Pieter Nota, member of the Board of Management of BMW AG responsible for Customer, Brands and Sales.

With the BMW iX3, which was just released in Europe a few weeks ago, the BMW i3 and the MINI Cooper SE, the BMW Group already offers a strong range of fully-electric vehicles that will be joined over the course of the year by two key innovation flagships: the BMW iX and the BMW i4.

“Our customers are very interested in both of these vehicles. That impressively underlines our perfect planning: the BMW iX and BMW i4 are coming at exactly the right time,” added Nota.

Between now and 2025, the BMW Group plans to increase its sales of fully-electric models by an average of well over 50% per year – more than ten times the number of units sold in 2020.

The BMW Group expects fully-electric vehicles to account for at least 50% of its global sales in 2030. The MINI brand is likely to reach this milestone already in 2027.

By the early 2030s, MINI will be the first BMW Group brand with a product range that is exclusively fully electric. As a pure-electric global brand, MINI will continue to have a footprint in all major world regions.

Over the next approximately ten years, the BMW Group plans to have a total of around ten million fully-electric vehicles on the roads.