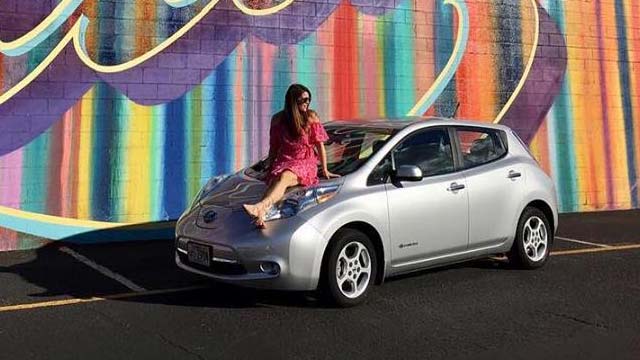 Cumulative sales of electric vehicles by the by the Renault Nissan Alliance rose to 481,151 units, reaffirming the Alliance’s role as the leading electric car manufacturer for the mass-market segment.

The increase was driven primarily by demand for the Nissan LEAF and the Renault ZOE, which remains the #1 electric vehicle sold in Europe, and Mitsubishi’s i-MiEV. On the hybrid side, the plug-in hybrid electric versions of the Mitsubishi Outlander PHEV reached over 13,000 units.

Overall unit sales at the Alliance rose seven percent to 5,268,079 vehicles in the first half of the calendar year resulting from an increased demand for models from the French and Japanese brands, and the first semester sales contribution from new Alliance member Mitsubishi Motors.

Carlos Ghosn, chairman and chief executive of the Renault-Nissan Alliance, said: “The Alliance has delivered record sales during the first semester of 2017 reaching 5,268,079 vehicles sold. We will continue to leverage our significant economies of scale and global market presence to deliver valuable synergies for our member companies this year, while maintaining a strong technology lineup and offering customers breakthrough electric models. Our enlarged Alliance is well placed to realize its full potential, not only in terms of unit volumes, but also by providing next-generation mobility services to customers around the world.”

Groupe Renault sold 1.879,288 million vehicles in the first half of 2017, which represents a raise of 10.4 percent in a market that grew 2.6 percent. All group brands posted increases in sales volumes and market share. The Renault and Dacia brands set half-year sales records and Renault ranks as the second most sold brand in Europe. Furthermore, all regions increased their sales volumes and market share. In particular, the Group recorded a 19.3 percent rise in sales in the Africa-Middle East-India Region and a 50.5 percent increase in the Asia-Pacific Region.

Mitsubishi Motors sold 494,303 units cars worldwide, up 2.4 percent year on year as the company resumed sales of its ‘Kei’ mini cars in Japan. The sales increase also reflects the strong growth in China following the launch of locally-produced Outlander SUVs. Sales also increased in the ASEAN region, led by demand for SUVs and pick-up trucks.

The Alliance is expected to generate increased synergies this year as Mitsubishi Motors co-operates more closely with Nissan and Renault in areas including joint purchasing, deeper localization, joint plant utilization, common vehicle platforms, technology-sharing and an expansion in both mature and emerging markets.