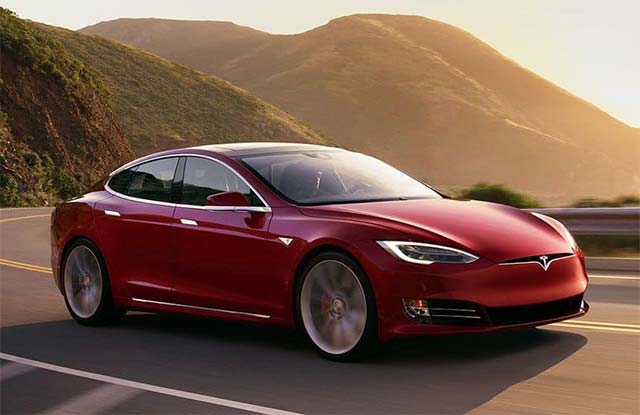 Tesla released on Wednesday its third quarter earnings report, crushing expectations for revenue and for earnings and bringing in record $8.77 billion in revenues for the Q3.

Shares were up 2.5% at $433.88 in extended trade as the carmaker beat analysts’ estimates.

Tesla reported net income of $331 million on revenues of $8.77 billion for the third quarter. That’s up 39% from the year-ago period. This was achieved mainly through substantial growth in vehicle deliveries as well as growth in other parts of the business. At the same time, vehicle average selling price (ASP) declined slightly compared to the same period last year as the product mix continues to shift from Model S and Model X to the more affordable Model 3 and Model Y.

And cash flow more than tripled to $1.4 billion. Between the cash generated by operations and the money raised in recent stock sales, Tesla ended the quarter with $14.5 billion in cash on hand, up 69% in just three months.

Tesla also affirmed its target to deliver half a million vehicles by the end of this year, a goal that will require it to significantly ramp up vehicle sales in the fourth quarter.

Here are some highlights from the report:

Quarter-end cash and cash equivalents increased by $5.9B QoQ to $14.5B, driven mainly by our recent capital raise of $5.0B (average price of this offering was ~$449/share) combined with free cash flow of $1.4B and partially offset by reduced use of working capital credit lines. Since our days payable outstanding (DPO) are higher than days sales outstanding (DSO), revenue growth results in additional cash generation from working capital. DPO and DSO both declined sequentially in Q3 2020.

Total revenue grew 39% YoY in Q3. This was achieved mainly through substantial growth in vehicle deliveries as well as growth in other parts of the business. At the same time, vehicle average selling price (ASP) declined slightly compared to the same period last year as our product mix continues to shift from Model S and Model X to the more affordable Model 3 and Model Y.

Our operating income improved in Q3 to a record level of $809M, resulting in a 9.2% operating margin. This profit level was reached while we took increased SBC expense in Q3 attributable to the 2018 CEO award, of which $290M was triggered by a significant increase in share price and market capitalization and a new operational milestone becoming probable. Positive profit impacts included strong volume, better fixed cost absorption and continuous cost reduction.

We have recently increased capacity of Model 3 / Model Y to 500,000 units a year. In order to do this, we restarted our second paint shop, installed the largest diecasting machine in the world and upgraded our Model Y general assembly line. Production should reach full capacity toward the end of this year or beginning of next year.

Model 3 production capacity has increased to 250,000 units a year. We reduced the price of Model 3 to 249,900 RMB after incentives, making it the lowest-price premium mid-sized sedan1 in China. This was enabled both by lower-cost batteries and an increased level of local procurement. As a result of this shift in cost and starting price, we recently added a third production shift to our Model 3 factory.

Construction of the Gigafactory in Berlin continues to progress rapidly. Buildings are under construction and equipment move-in will start over the coming weeks. At the same time, the Giga Berlin team continues to grow. Production is expected to start in 2021.

Our Autopilot team has been focused on a fundamental architectural rewrite of our neural networks and control algorithms. This rewrite will allow the remaining driving features to be released. In October, we sent the first FSD software update enabled by the rewrite to a limited number of Early Access Program users City Streets. As we continue to collect data over time, the system will become more robust.

New software functionality was introduced since the start of Q3. In order to make our products safer from unauthorized access, we introduced the ability to enable 2- step verification via a smartphone. Additionally, among many other updates, we improved active suspension comfort, updated Powerwall-to-vehicle charging coordination and added an automated window close function and glovebox PIN access. Our Model Y AWD customers can now purchase a $2,000 software update that improves 0-60 mph time to just 4.3s.

On September 22, we hosted Tesla Battery Day where we described a path to reducing battery pack cost per kWh by 56%, enabling production of a profitable $25,000 vehicle. This, in our view, is a critical component to exceed cost parity with internal combustion engine vehicles. Additionally, due to a simpler cell manufacturing process, we believe capex per GWh of battery capacity should decline by 69% compared to today’s production process.

We have the capacity installed to produce and deliver 500,000 vehicles this year. While achieving this goal has become more difficult, delivering half a million vehicles in 2020 remains our target. Achieving this target depends primarily on quarter over quarter increases in Model Y and Shanghai production, as well as further improvements in logistics and delivery efficiency at higher volume levels.

We should have sufficient liquidity to fund our product roadmap, long-term capacity expansion plans and other expenses.

For the trailing 12 months, we achieved an operating margin of 6.3%. We expect our operating margin will continue to grow over time, ultimately reaching industry-leading levels with capacity expansion and localization plans underway.

We are currently building Model Y capacity at Gigafactory Shanghai, Gigafactory Berlin and Gigafactory Texas, and remain on track to start deliveries from each location in 2021. Tesla Semi deliveries will also begin in 2021. We continue to significantly invest in our product roadmap.

You can read Tesla Q3 2020 Financial Results in pdf here.