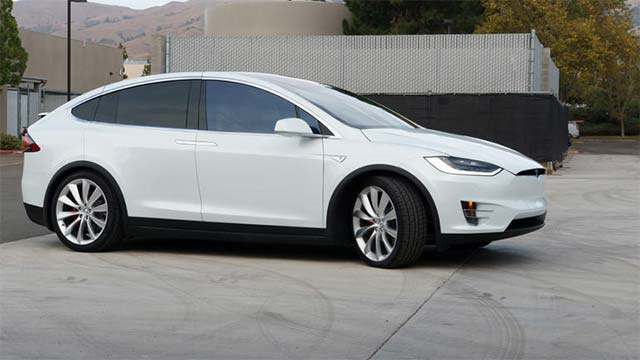 Tesla is recalling 15,000 Model X SUVs because of an issue with their power steeringe.

NHTSA said there are no known crashes or injuries associated with the Model X recall. The recall covers 14,193 U.S. vehicles and 843 in Canada. Tesla will arrange for the replacement of the mounting bolts and will also replace the steering gear if needed, Transport Canada said.

Tesla issued the recall after noticing “excessive corrosion” on bolts that connect the Model X’s power-steering component to its steering gear, particularly in cold environments where a certain kind of road salt is used.

Tesla will fix the issue for free, the company said, though Model X owners do not need to immediately bring in their vehicles for service. The issue could result in a vehicle losing its power-steering-assist function, which would make it more difficult to turn the steering wheel but not make it unusable.

Tesla said it was not aware of any injuries or collisions relating to the power steering component.

Tesla added drivers can continue to operate their Model X SUVs before the issue is addressed. Tesla said it will contact owners to schedule appointments when parts are available.

Tesla will also apply a corrosion-preventative sealer in all affected Model X vehicles to account for the possibility that vehicles may later be used in cold climates.

If you own a Model X affected by this voluntary recall, there is no immediate action you need to take at this time, and you may continue to drive your car. Tesla will replace the bolts and apply a corrosion-preventative sealer in all affected Model X vehicles to account for the possibility that any vehicle may later be used in a cold, highly corrosive environment. The service will be free of charge. If any bolts are found broken on your vehicle or break during removal and cannot be removed, we will also replace your steering gear, again free of charge. Tesla will contact you to schedule a service appointment when parts become available in your region.