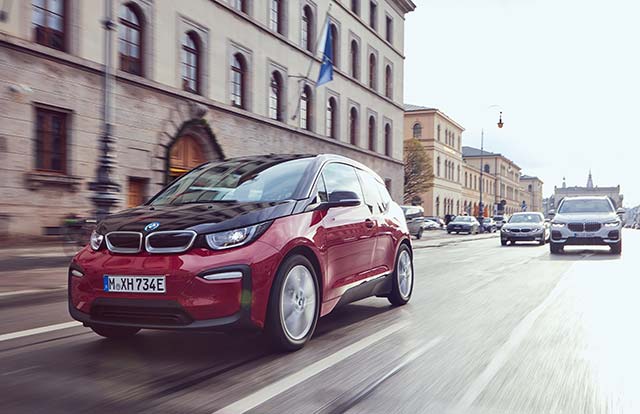 Almost half (45 percent) of electric vehicle (EV) drivers worry about a future lack of available charge points. This is shown by the NewMotion EV Drivers Survey 2020, the largest annual survey among EV drivers in Europe.

The results were presented during the 10 year anniversary event of NewMotion on Tuesday in Amsterdam. In addition, half (46 percent) of the surveyed drivers mention an increase in the availability of charge points as the one thing that will significantly improve their charging experience.

Ready for the next level in EV driving
“Electric driving is the undisputed future of mobility in Europe. The industry is currently at the crossroad of the mobility and energy transition as electric driving has become more popular and is upscaling into its next phase: mass adoption. We’re ready for the mass adoption of EV charging with our smart solutions that make charging easy and accessible for everyone,” says Sytse Zuidema, CEO at NewMotion during the company’s celebratory client event in Amsterdam. “At NewMotion, we want to lower barriers for EV driving. To make e-mobility accessible for everyone, the industry needs to mature, and we’d need to see improved collaboration between all parties in the energy transition, but particularly car manufacturersand EV charging solution providers. This will be the only way to live up to the promising future of electric driving.”

EV drivers demand price transparency
The price of charging is an important topic amongst EV drivers. 43 percent of EV drivers say they know what they will pay for a charging session before starting the session. 37 percent say they will specifically look up the price of a session before they start charging. Two out of five respondents say they’ve had at least one instance where the actual price of a charging session turned out to be different than a price shown beforehand at the charge point.

“This survey shows that one single charge card, as well as price transparency, are important topics for drivers. Improving on these topics will help with making electric driving more attractive to a broader audience,” says Sytse Zuidema, CEO at NewMotion. “We believe in the creation of an open and accessible public charging network to provide EV drivers with the ease of charging their vehicle anywhere. One roaming network, smart charging and full-service solutions will fulfil the desired ease of use for EV drivers.”

Charge convenience main priority for EV driver
For those who own a charge point, ‘ease of use’ is the most important factor when choosing a charging solution, with more than half (52 percent) citing this as their main purchasing driver. A third (33 percent) mention the price of the charge point as important, while a quarter (26 percent) say that a recommendation from a third party such as a leasing company, a car dealer or employer, as most influential to their decision.

Cost savings as main driver
Saving money is the most mentioned reason for switching to an electric vehicle. 61 percent of EV drivers say they drive an EV to save money, closely followed by the driving experience (58 percent). A quarter of the EV drivers mention secondary benefits as an important driver to switch to an electric vehicle. The contribution to a better environment (10 percent) is not frequently mentioned as a main reason for switching to an EV, although EV drivers generally see themselves as ‘environmentally conscious’ (81 percent).

Current EV drivers are very enthusiastic about driving electric EV. Most people (86 percent) believe their next car will be an electric vehicle, while only 2 percent would switch back to a conventional (fossil fuel powered) car. Additionally, 9 out of 10 people would recommend an electric vehicle to others, only 3 percent indicate they would not recommend owning an EV to others.