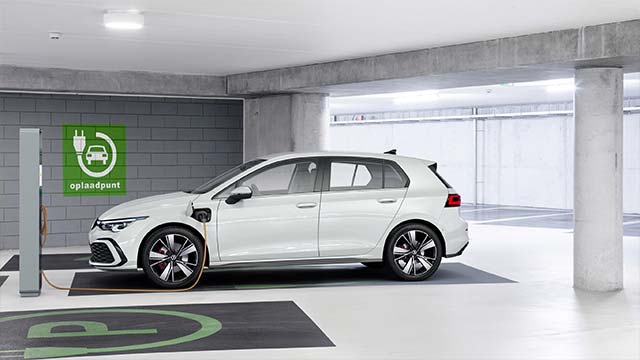 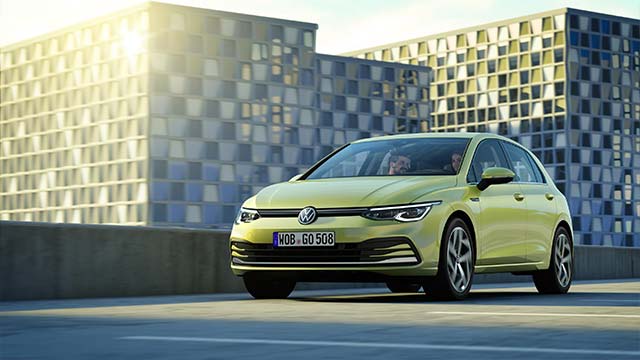 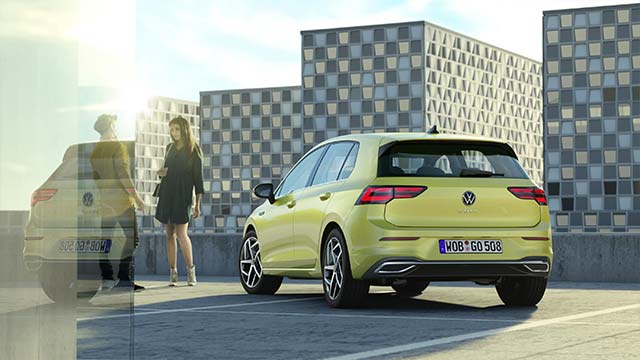 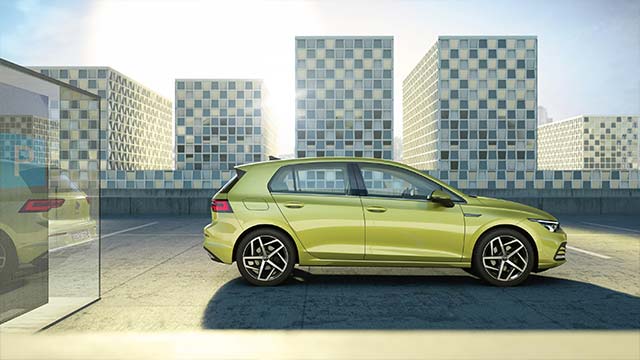 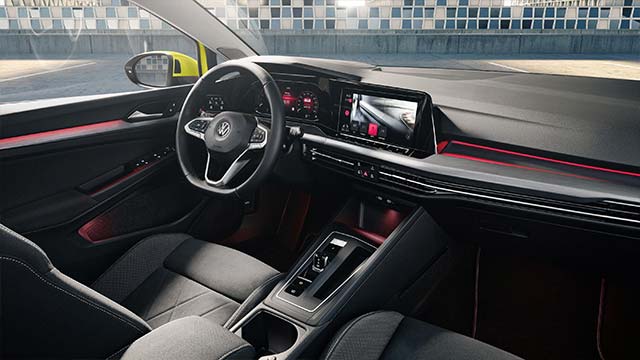 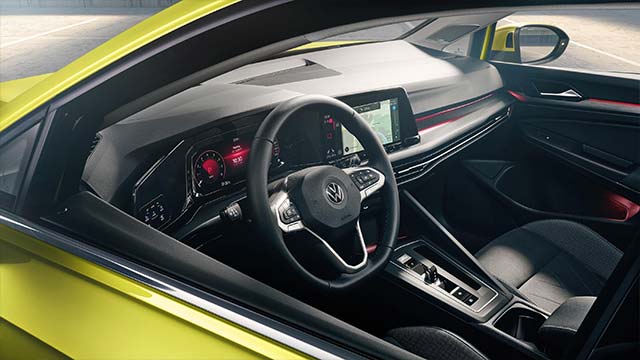 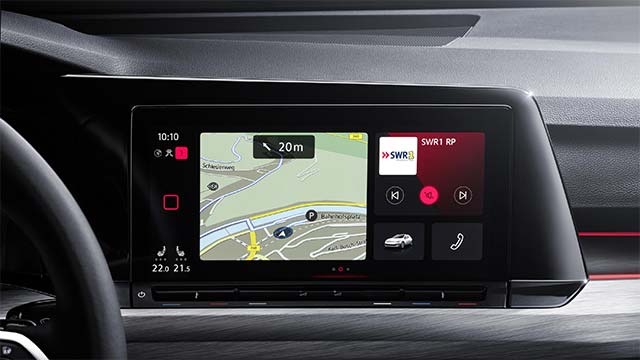 Volkswagen has unveiled the eighth generation of the Golf — the most successful European car for more than four decades. Never before has a Golf been so progressive. With hybrid versions launched at the same time, it is electrifying the compact class. Its digital interior enables a new dimension of intuitive operation.

Speeds of up to 210 km/h (130 mph) are possible with assisted driving. It is the first Volkswagen to use swarm intelligence from traffic via Car2X, meaning it can warn against hazards on an anticipatory basis.

“Over the course of seven generations, the Golf has impressed more than 35 million customers. The entire automobile industry expects a new Golf to set the standard”, explained Dr. Herbert Diess, Chairman of the Board of Management of Volkswagen AG. In terms of its technology, the Golf is making the greatest leap forward since its debut. Ralf Brandstätter, Chief Operating Officer of Volkswagen Passenger Cars: “This car is completely new. But of course, a Golf always remains a Golf. Because the underlying concept is timeless. This car has defined our brand over decades. The Golf has consistently made new technologies available for everyone.”

With the new Golf, Volkswagen has started a hybrid offensive. As the first model of the brand, the eighth Golf will be available in no less than five hybrid drive versions.

The 48-V system also makes it possible to coast while the combustion engine has been completely switched off to save even more fuel. Restarting the engine is significantly more convenient thanks to the 48-V system. eTSI models additionally offer extraordinarily good moving-off performance thanks to electric boosts.

The plug-in eHybrid range will be split into a version geared towards maximum range, generating 150 kW/204 PS; and a GTE version designed towards performance, generating 180 kW/245 PS (system output in each case).

The plug-in hybrid drive consists of elements including a 1.4-liter TSI engine, the electric drive motor and 6-speed DSG as well as a lithium-ion battery. The new battery is characterized by 50% more energy capacity (13 kWh) and thus an improved electric range of 60 km (37 miles), meaning that almost all daily journeys within an urban environment can consequently be covered without generating any local emissions.

New assist and light systems: Car2X, Travel Assist and IQ.Light in a Golf for the first time. Car2X communication means the Golf is the first Volkswagen to exchange information relevant to the traffic situation with other vehicles and the traffic infrastructure in the vicinity within a radius of up to 800 meters. This information is exchanged within milliseconds.

With the application of a harmonized Car2X standard (Wi-Fi p/ITS G5) within the European Union (EU) that is valid for all manufacturers, it is possible to transfer information between vehicles of all brands as well as the infrastructure within all EU member states. In this process, this “common language” is a crucial requirement to cut the number of road traffic accidents throughout all countries.

For legal and safety-relevant reasons drivers must permanently monitor the system—for this purpose, they must have at least one hand on the steering wheel. Thanks to new capacitive sensor technology in the steering wheel, it is sufficient if drivers merely touch it. However, if they let go of the steering wheel for more than 15 seconds, visual and audible warning signals and a braking jolt are issued and implemented. The driver must react by this point at the latest and touch the steering wheel, otherwise Emergency Assist is activated and the Golf is brought to a stop.

The latest generation of Adaptive Cruise Control in the Golf is predictive. In this process, the system calculates the position of the Golf based on route and GPS data from the navigation system to lower its speed before reaching bends, roundabouts, junctions, speed limits and built-up areas. At the same time, ACC accesses the Dynamic Road Sign Display via the front camera and adjusts the speed as soon as a limit has been detected. The highest ACC development stage will also feature Traffic Jam Assist.

Front Assist also offers new functional scopes. The area monitoring system operating on the basis of a radar sensor and in conjunction with the front camera warns and brakes in emergency situations in the event of an insufficient distance to the vehicle ahead—using the City Emergency Braking System and Pedestrian Monitoring, even at very low speeds in built-up areas. This range of functions is now enhanced by Cyclist Monitoring, swerve support and—for the first time in a Volkswagen—oncoming vehicle braking when turning function.

When the vehicle turns left, the Golf featuring oncoming vehicle braking when turning automatically brakes the vehicle to a stop (while simultaneously emitting an audible and visual warning), providing there is an oncoming vehicle approaching on the lane the vehicle is intending to cross. Depending on the speed at which both vehicles are travelling, turn-off assist can prevent an accident or mitigate the consequences within system limits.

DCC adaptive chassis control is not a traditional assist systems, yet it still influences vehicle handling. Adaptive chassis control permanently reacts to the road surface and driving situation and takes into account elements including steering, braking and acceleration manoeuvres in this process. Drivers can set DCC modes to reduce body movements and adapt them to their liking. In this process, the required damping is calculated for each wheel before it is adjusted at the four shock absorbers within a fraction of a second.

Consequently, DCC always provides the highest level of driving comfort and ideal driving dynamics. With the evolved DCC in the new Golf, INDIVIDUAL mode represents an enhancement of settings available in the previous range of fixed COMFORT, ECO and SPORT modes. In this process, drivers can very accurately adjust their very own DCC mode using a slider and save the setting. As a result, intermediate stages of familiar modes are also possible now.

Volkswagen will offer the new Golf with three different LED headlight versions. For the first time, the top-of-the-range version will feature particularly powerful IQ.LIGHT–LED matrix headlights in the compact vehicle category. A similar version of the system had been introduced for the first time in the current Touareg before it was transferred to the new Passat.

The driver switches on the system using Dynamic Light Assist. Using 22 LEDs per each headlight matrix module, it activates up to ten different, partly interactive light functions and projects them onto the road surface, depending on the Golf model. The sliding turn indicator function of the IQ.LIGHT LED matrix headlights represents a further feature that has been integrated into the Golf for the very first time. The sliding turn indicator function has a positive effect on active safety as a result of its striking looks.

Technologies can be retrofitted
Regardless of the specification package: as a new feature, technologies on board the new Golf will, for the first time, not only be capable of updates, but in many cases also capable of upgrades, i.e. they can be enabled retrospectively (We Upgrade). Consequently, elements including ACC Adaptive Cruise Control, Light Assist main-beam control, the navigation system, App-Connect (integrating smartphone apps), Wireless App-Connect (wirelessly integrating iPhone apps), a Wi-Fi hotspot and voice control can in future also be activated retrospectively.