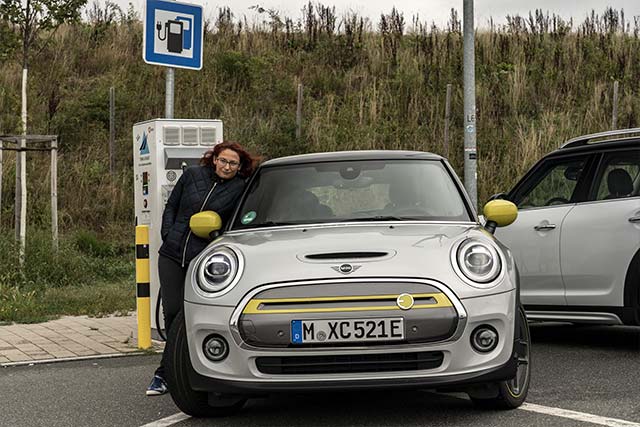 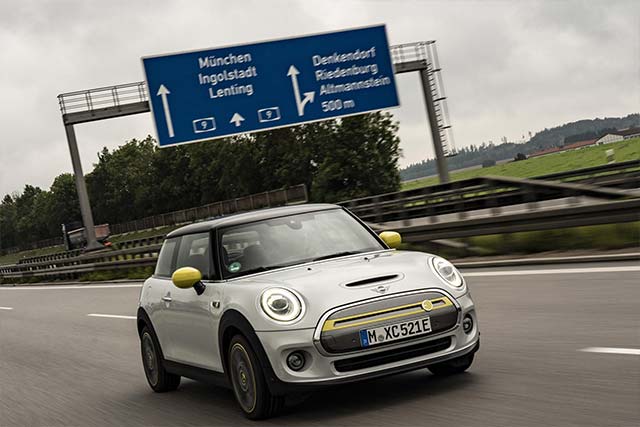 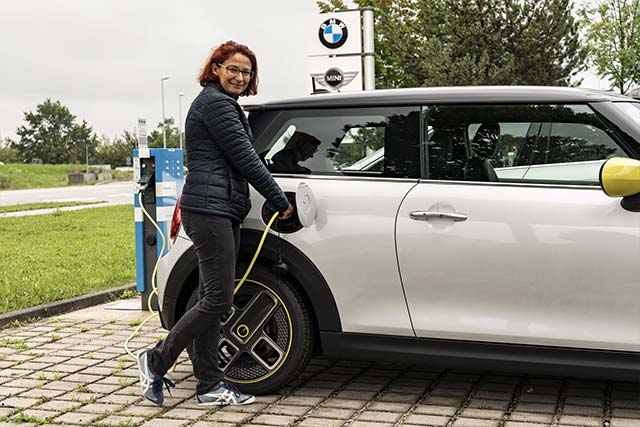 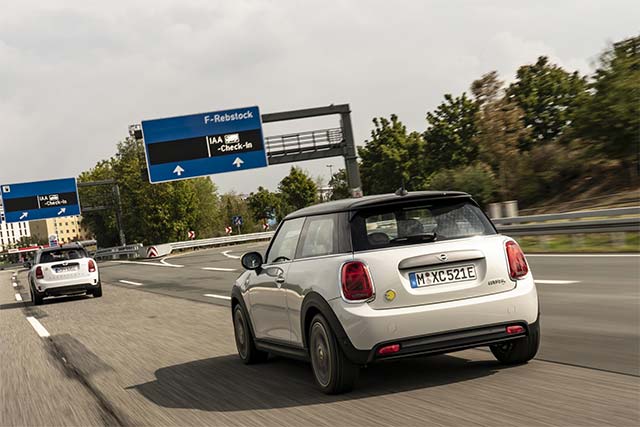 To mark the trade fair premiere of the new MINI Cooper SE, the BMW Group presents the latest outcome of its electrification offensive at the 2019 International Motor Show (IAA) in Frankfurt am Main.

The first purely electrically powered series-production model in the 60-year history of MINI made its way to its debut using its own virtually noiseless, locally emissions-free power. With project manager Elena Eder at the wheel, the new MINI Cooper SE proved on its premiere run that electric mobility in the unmistakeable style of the British premium brand doesn’t have to be limited to day-to-day urban traffic.

At the start, the standard navigation system of the new MINI Cooper SE indicated exactly 400 kilometres (248.5 miles) as the distance for the journey from the BMW Group headquarters at Petuelring in Munich to the main entrance of the exhibition grounds in Frankfurt. So it looked as if a single stopover to recharge the lithium-ion battery ought to be sufficient to ensure that the journey to the trade fair debut was locally emissions-free. After all, the model-specific high-voltage battery with its gross energy content of 32.6 kWh, positioned deep in the vehicle floor, enables a range of 235 to 270 kilometres (146 to168 miles).

And the ideal place to refresh the car’s energy reserves was suggested on the on-board monitor in the central instrument: a fast charging station on the A3 motorway.

“Urban mobility is certainly the greatest strength of the MINI Cooper SE. But that doesn’t mean that electric driving fun is only suitable for short distances,” says project manager Eder. “The MINI Cooper SE can easily cope with lengthier journeys thanks to the option of using DC fast charging stations with a charging capacity of up to 50 kilowatts. A lunch break is all it takes to recharge.”

When the car was charged on the way to the IAA, there wasn’t even time for dessert. Within just 35 minutes, the high-voltage battery – which had previously been almost fully depleted – was charged to 80 percent of its total capacity. This meant that there was more than enough power on board to tackle the second stage of the trip without any worries. In order to maximise efficiency, use wasn’t made of the car’s maximum speed of 150 km/h (93 мпх). Nonetheless, the 135 kW/184 hp electric motor of the new MINI Cooper SE was able to demonstrate its spontaneous power delivery on one or two courageous overtaking manoeuvres.

Finally, the MINI Cooper SE rolled into Hall 11 of the Frankfurt exhibition centre with sufficient residual range: here it is now due to be presented to IAA visitors from 12 to 22 September 2019. Meanwhile, the standard charging cable provides fresh energy for further excursions from a conventional socket. Alternatively, MINI ELECTRIC offers flexible options for charging the high-voltage battery. The charging connection of the new MINI Cooper SE is designed for both AC and DC charging using Type 2 and CCS Combo 2 plugs. The battery can be charged either at a MINI ELECTRIC WALLBOX or at a public charging station with a maximum output of 11 kW within two and a half hours to 80 percent; a 100 percent charge takes three and a half hours.