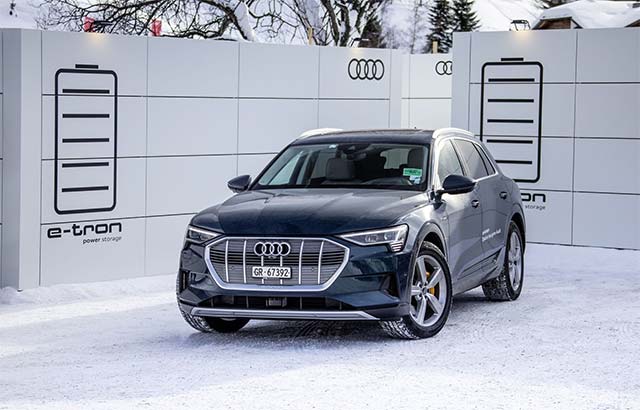 Audi has issued a voluntary recall on the e-tron electric SUV sold in the U.S. due to a potential risk of a battery fire. About 540 e-tron SUVs are covered by the recall, though no fires have been reported.

A total of 1,644 e-tron SUVs have been shipped to the U.S., and the remainder will be fixed before being handed to customers.

Audi says that a wiring harness glitch in the affected models can cause moisture to seep into the individual battery cells, which could spark a fire. No such fires or injuries have been reported so far.

Audi expects to have a repair available by August, though it will continue selling the car during the recall.

The e-tron, which went on sale in the U.S. in April, is Audi’s first fully-electric car and one in a wave of contenders from traditional automakers looking to challenge Tesla’s dominance of the segment.

Audi said there have been five instances globally where a battery fault light turned on because of the moisture issue. It began contacting e-tron owners in the U.S. last week, prior to a warning from federal safety regulators, and should have a repair available by August.