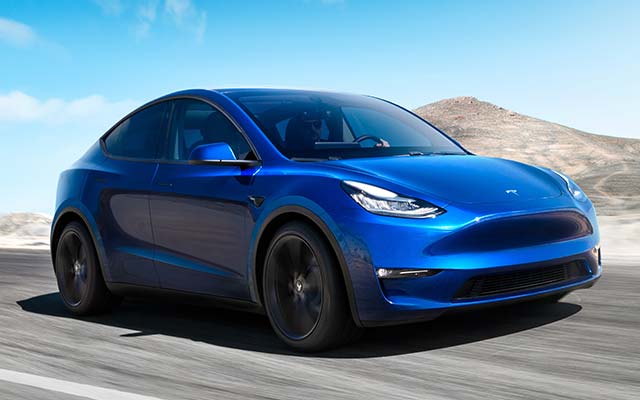 AAA’s latest survey reveals that despite many Americans having interest in electric vehicles, when asked if most vehicles will be electric by 2029, only 4 in 10 said yes. Yet, a separate study AAA conducted earlier this year found that more than half of Americans believe that in this same timeframe most cars will have the ability to drive themselves – a reality that is much less likely to happen.

AAA believes that similar to other emerging technologies, a lack of knowledge and experience may be contributing to the slow adoption of electric vehicles despite Americans’ desire to go green.

“Today, more than 200,000 electric cars can be found on roads across the country as almost every manufacturer sells them,” said Greg Brannon, AAA’s director of Automotive Engineering and Industry Relations. “But, like other new vehicle technologies, Americans don’t have the full story and that could be causing the gap between interest and action.”

AAA’s annual survey that tracks opinions regarding electric and hybrid vehicles found that while consumer interest remains steady, Americans may not have a solid understanding of electric vehicle performance, which may be giving consumers pause when it comes to considering electric for their next purchase. For instance, electric vehicles, unlike those running on gas, do better in stop and go traffic because the car can recapture energy to charge the battery when decelerating. However, AAA’s survey found that a majority of Americans (59 percent) were unsure of whether electric vehicles have better range when driving at highways speeds or in stop and go traffic. This demonstrates that many consumers are not sure what to expect from an electric vehicle in two of the most common driving scenarios.

Although most Americans don’t believe electric vehicles will be on the road in masses in the next 10 years, AAA did find that 40 million Americans say they would be likely to consider an electric vehicle for their next car purchase, with Millennials leading the pack. Concern for the environment and lower long-term costs remain the leading reasons to go green (74 percent and 56 percent respectively). Previous objections to buying electric with regards to price and range anxiety continue to ease and have trended downward significantly:

“These vehicles are a big part of the future of transportation since self-driving cars, when they do arrive, will likely be electric,” continued Brannon. “The difference, of course, is that electric vehicles are already here and with the advancements in style and range that have been made over the last few years, they have become an even more viable option for many Americans.”

Consumers interested in electric vehicles, but still unsure should research and learn as much as possible about these types of cars. AAA also recommends drivers visit a dealership, test drive an electric vehicle and ask as many questions as possible of the dealer and other electric vehicle owners. It is also important to understand charging options available at home to ensure consumers can take full advantage of electric vehicle technology with the least inconvenience.

Each year AAA (Automobile Club of Southern California Automotive Research Center) produces its Green Car Guide, which rates electric vehicles as well as hybrids and highly fuel efficient cars based on criteria such as ride quality, safety and performance. This comprehensive guide can serve as a resource to consumers since it not only provides detailed reviews of each car tested, but also offers robust information on green vehicles. Consumers who are on the fence will find that this guide can be a valuable resource for learning more about electric and other environmentally friendly vehicles.

“Consumers may not realize it, but they have many options when it comes to shopping for an electric vehicle,” said Megan McKernan, manager of Automotive Research Center. “The Green Car Guide can help first-time and even return buyers navigate the marketplace and dispel any misconceptions they may have about these types of vehicles.”