INFINITI Qs Inspiration is a sports sedan for the electrified era 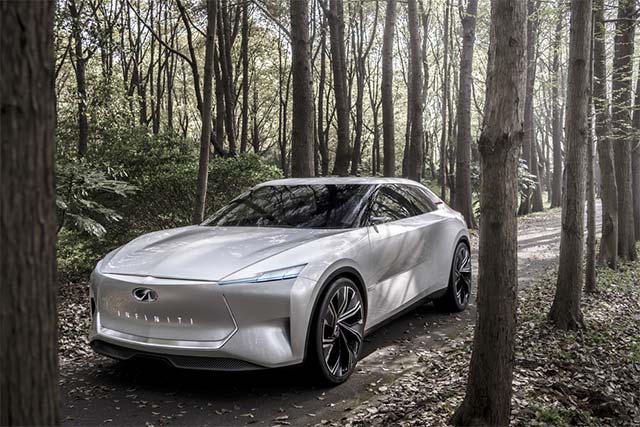 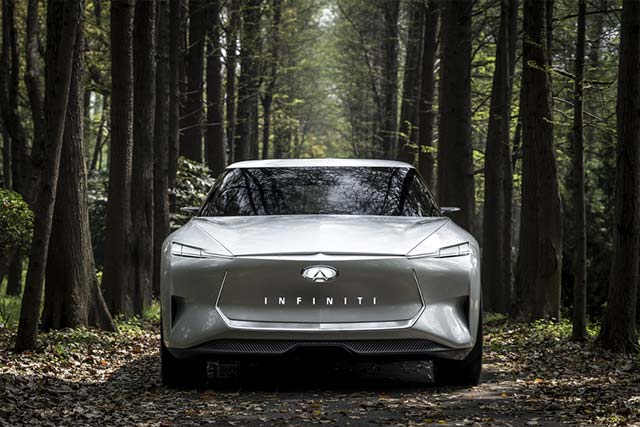 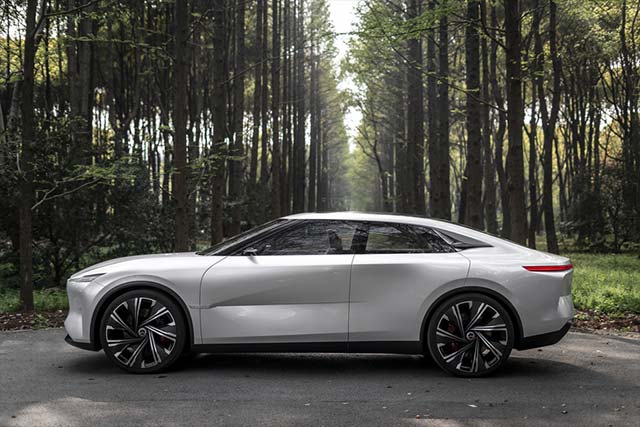 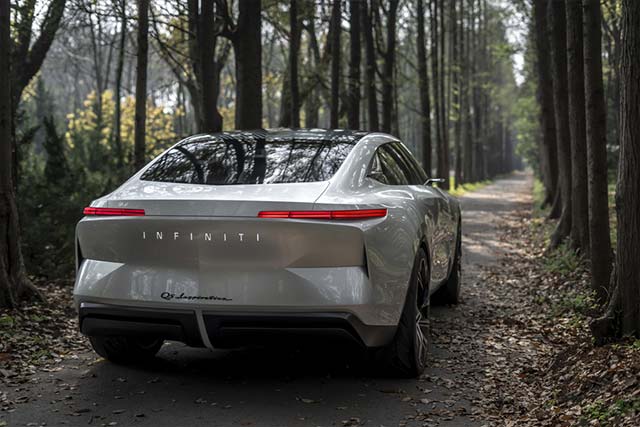 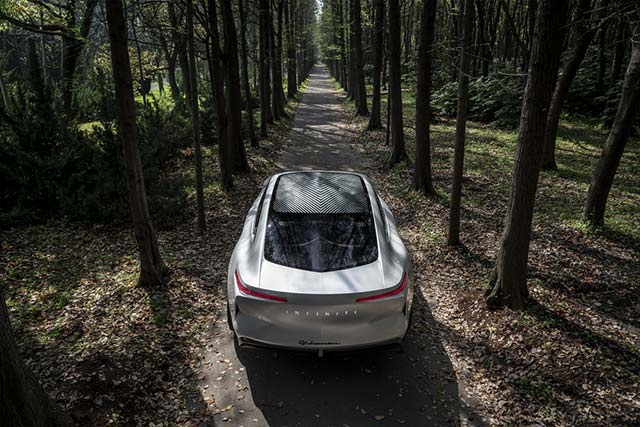 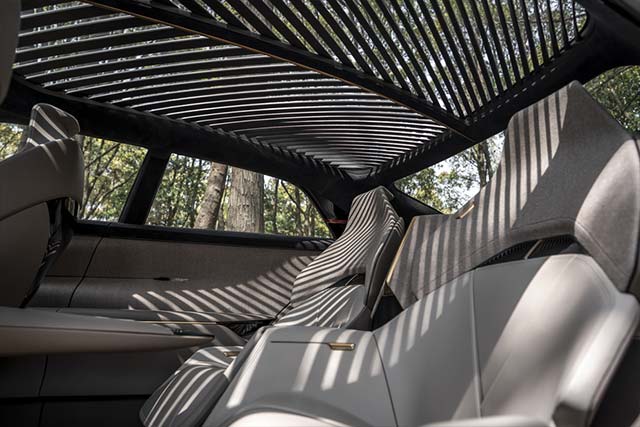 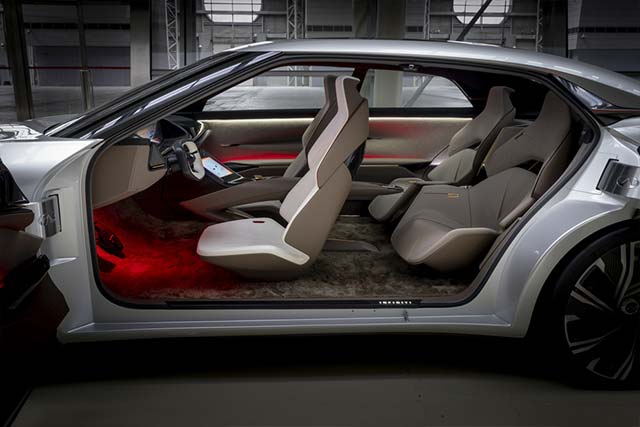 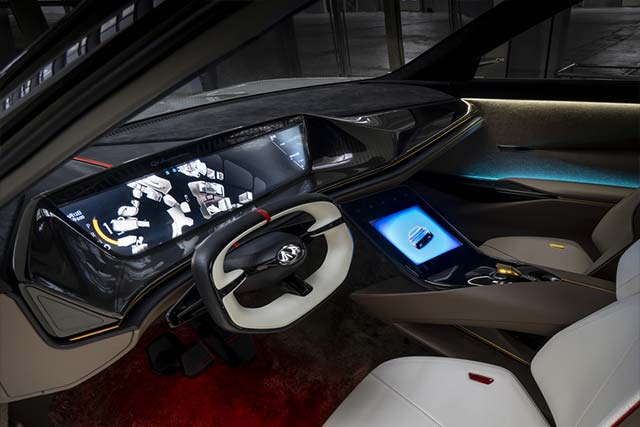 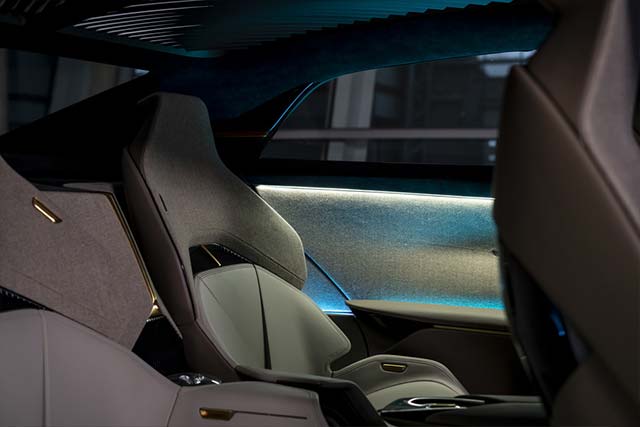 INFINITI Qs Inspiration previews a forthcoming production model and hints at the company’s electrified future, in which the brand will offer electric and e-POWER powertrains across its lineup. The concept’s flexible architecture has been developed to accommodate high-performance electrified powertrains. It has also enabled INFINITI’s designers to reinterpret traditional “three-box” sedan design, with new exterior proportions and a spacious, lounge-like interior.

With its creation led by a team of designers working under Karim Habib, executive design director for INFINITI, the Qs Inspiration Concept confirms INFINITI’s new form language for its forthcoming electrified vehicles. The concept draws on INFINITI’s Japanese DNA for inspiration, and is revealed in a newly-designed exhibition space, created in partnership with renowned Japanese architect Kengo Kuma. The exhibition space has been designed in harmony with the new Qs Inspiration concept and INFINITI’s design direction for its electrified models, and will be featured at other major auto shows in future.

“As designers, we are constantly inspired by the technology of our engineers and the Japanese design influences which are part of our DNA,” said Alfonso Albaisa, senior vice president for Global Design, Nissan Motor Company. “Here in Shanghai, we have not been alone on this journey. I am very honored to have had Kengo Kuma as a ‘sensei,’ helping us evolve and express a new language in our company architecture. In Shanghai, we reveal our Kuma-san-designed INFINITI booth, expressing a new visual poetry, harmony and innovation.”

The Qs Inspiration is the latest in a series of design studies confirming INFINITI’s new form language for the electrified era. “There is a common design thread that unifies our four most recent concepts, the Q Inspiration, Prototype 10, QX Inspiration and, now, Qs Inspiration,” explains Habib. “Each serves to illustrate INFINITI aesthetics for the era of electrification.”

“China has the most growth potential for electric vehicles globally, especially in the premium segment,” said Christian Meunier, chairman of INFINITI Motor Company. “The age of electrification presents us with an opportunity to renew our credentials as an innovative challenger brand, ready to move quickly and decisively in this growing and exciting area of the market.”

The Qs Inspiration Concept precedes a new-generation electrified production model from INFINITI, one of a series of advanced-powertrain road cars to be launched by the brand in the years ahead. Electrification presents an opportunity to reinvent the INFINITI brand globally through high-performance, low-emissions models which offer a thrilling driving experience and total range confidence.