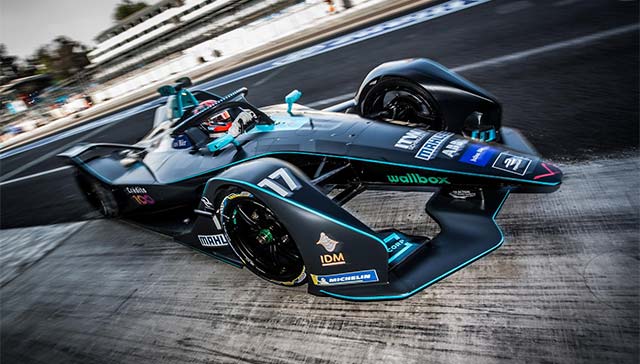 Wallbox, the manufacturer of advanced plug-in vehicle charging systems for homes, workplaces and destinations is to become the ‘Official Partner’ of HWA RACELAB, for season five of the all-electric ABB FIA Formula E Championship.

The sponsorship deal means the Wallbox branded race car will be seen by a potential media audience of 959 million people worldwide, reinforcing the company’s commitment to global growth. Wallbox has now expanded its operations across Europe, Scandinavia, China, South East Asia, New Zealand, and will open for business in the United States later this year.

HWA RACELAB, based in Affalterbach, Germany is the eleventh team to join the ABB FIA Formula E Championship. It is competing with two Gen 2 race cars, supplied by Venturi Automobiles. Heading up the team is HWA AG CEO Ulrich Fritz. Behind the wheel are 2018 DTM Championship winner Gary Paffett and former McLaren Formula One driver Stoffel Vandoorne.

Enric Asuncion, Wallbox CEO says: “This is a very proud moment for everyone who has worked so hard at Wallbox. It is recognition on a global scale”.

Formula e is the world’s first all-electric racing series. It is at the forefront of the electric vehicle movement, pushing the boundaries of electric performance and working towards a sustainable transport future. The races are held at street circuits in major city venues around the world.

Wallbox was founded in 2015 by Enric Asunción and Eduard Castañeda, who are now CEO and CTO respectively.

Research, technical development, product testing and manufacturing take place in Barcelona, where Wallbox has strong engineering resource and capacity to produce 100,000 chargers per year. Software development, including support for the myWallbox charging management platform and post installation customer support is based in Madrid.

Wallbox has already collected prestigious awards. It has been judged as one of the world’s most promising companies by the founders of Linkedin, Netflix Siri, the CEO of Cisco and CIO of Tesla. And one of ‘The 10 Fastest Growing EVs Solution Providers, 2018’.  Major clients include national utilities and car companies.