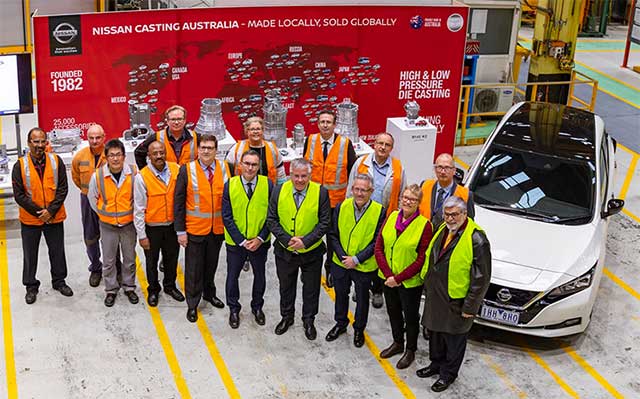 The senators are members of a committee by the Australian Senate established to inquire into the use and manufacture of electric vehicles. The committee has been charged with investigating the economic, environmental and social benefits of widespread EVs take up in Australia, and are receiving submissions as well as engaging with key industry, academic and regulatory groups in the EV space.

The Senators and their advisors toured the manufacturing facility and spoke with employees on quality control, the sharing of engineering knowledge globally, as well as the facility’s agile ability to adapt to the impending changes in the industry.

“We are proud that our manufacturing, products and goal for greater EV adoption in Australia has been closely considered by this influential group. It underlines the importance of our NCAP facility in Australia and beyond,” said Peter Jones, managing director of Nissan Casting Australia Plant.

Earlier this year, Nissan announced that it will introduce the new Nissan LEAF – the world’s best-selling electric vehicle – to Australia and six other markets in the region within this fiscal year.