“Go Electric Taxi” Scheme Launched In Coventry, The Home Of The Black Cab 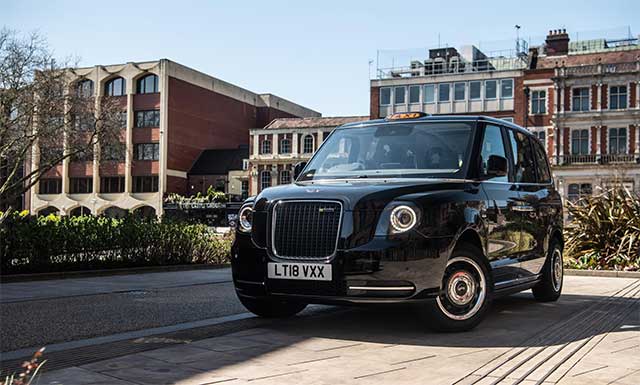 The UK’s most extensive programme for encouraging taxi drivers to upgrade to an electric vehicle is now being launched in Coventry.

The Go Electric Taxi scheme includes a range of different incentives worth £2,500 for taxi drivers interested in making the switch to a cleaner vehicle – as well as the opportunity for a two-week test drive for all Coventry Hackney cab drivers.

The initiative, led by Coventry City Council, is supported by a range of companies including, the Coventry electric taxi maker LEVC, Irish energy company ESB, Siemens and the taxi app Gett.

Hackney carriage owners in Coventry will be getting the chance to try out the latest electric cabs produced by LEVC, as part of a scheme to encourage cabbies to understand more about the benefits of electric taxis.

Two thirds of Coventry residents have already said that they would specifically choose an electric taxi, if given the option.

As part of the scheme, the first 60 drivers of electric taxis in the city will benefit from a significant contribution towards their insurance costs, as well as a waiver of several licensing fees, this is valued at around £2,500. The scheme has been funded by grants from the Office of Low Emission Vehicles and the Government’s Joint Air Quality Unit.

Among those at the event will be Kartar Sabraiwal, aged 59 who has purchased one of the new TX models, his 6th Coventry taxi. Mr Sabraiwal said that he made the investment because it would slash his fuel bills and said that it would help him make financial savings in the future as well as improve air quality.

In addition, the project aims to tackle some of the biggest barriers to EV uptake – which includes lack of familiarity with technology and concerns about EV charging infrastructure. In order to boost understanding of EV technology amongst cab drivers, the scheme will see four LEVC TXs used as extended test drive vehicles – offering Coventry cab drivers a chance to see how an electric vehicle could fit in with their working habits.

LEVC has been producing the TX eCity at its £325m Coventry factory since the start of the year, although most of its vehicles have been sold in London to date. LEVC currently employs around 800 people in the city, and as production ramps up will employ around 1,500 people.

Alongside the launch of the Go Electric Taxi scheme, it was also announced that ESB and Siemens have won the contract to provide rapid charging infrastructure for all electric vehicle drivers in Coventry. Siemens and ESB are installing and operating 39 rapid charging points across Coventry. So far, six rapid chargers have been installed by ESB, and it is intended that these sites will be augmented by the creation of several EV rapid charging hubs in the city. It forms part of an Ultra-Low Emission Vehicle Infrastructure Scheme.

Under this initiative, the rapid charging network in the City will be funded by both the UK Office of Low Emission Vehicles (OLEV) and investment by ESB. Siemens will supply and maintain the multi-standard rapid charging units. All rapid charging points in Coventry and across the wider ESB EV Solutions Network use 100% renewable electricity and charging at these units will be free for trial participants.

Finally – all new electric cabbies can benefit from zero commission on all fares taken with Gett taxi App for the first six months (sign up is free). Meaning that the new cabs will be turning up for lucky customers of the Gett app in Coventry.