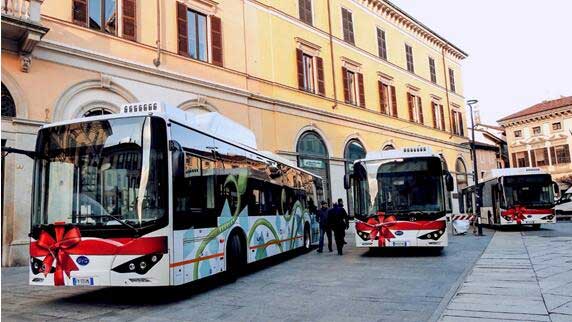 Padua, a city in the Veneto region in North East Italy, will soon have its first electric buses running on its streets. BYD has won a tender for the delivery of six BYD 12 metre ebuses to bus operator Busitalia Veneto in Padua.

The six 12 metre electric buses equipped with two doors and featuring BYD’s new frontal appearance are expected to be delivered in quarter three of this year.

BYD 12 metre electric buses are already running on numerous streets in Italy. A total of 25 BYD electric buses have been in operation in Milan since 2014 and in Turin and Novara since 2017.

Isbrand Ho, Managing Director at BYD Europe: “More and more Italian cities are choosing to go green and electric and are opting for BYD. We are anticipating a significant rise in sales of our electric buses in this southern European country after the great news on recent tenders we won in the northern countries of Sweden and Norway. Italy has become a key market to us and we are looking forward to even more orders in the near future.”