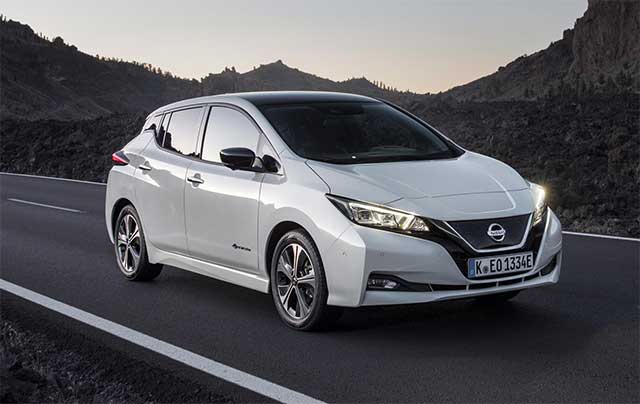 The new Nissan LEAF is the best-selling electric vehicle in Europe for the first half of this year, as the zero-emission car continues to win over customers across the region.

More than 18,000 new Nissan LEAF vehicles were registered in Europe between January and June. European customers have now placed more than 37,000 orders for the new LEAF since it first went on sale in October 2017.

The new LEAF is the flagship model for Nissan Intelligent Mobility, the company’s vision for changing how cars are powered, driven and integrated into society. It features a host of new, innovative technologies such as Nissan ProPILOT, ProPILOT Park and e-Pedal, which are proving popular with customers. So far, 72% of new LEAF buyers have chosen models equipped with the ProPILOT semi-autonomous driving system.

The strong demand for the new Nissan LEAF in the first six months of this year reinforces its status as the best-selling electric car on the planet, with more than 340,000 global sales since the first LEAF was launched in 2010. Recently, Nissan delivered the 100,000th Nissan LEAF to a European customer.

“The momentum continues to build for electric cars,” said Gareth Dunsmore, electric vehicle director at Nissan Europe. “The new LEAF has transformed the experience of driving, with technologies like e-Pedal, capable of reducing braking interaction by up to 90%, showing more customers the benefits of electric mobility that Nissan offers.”