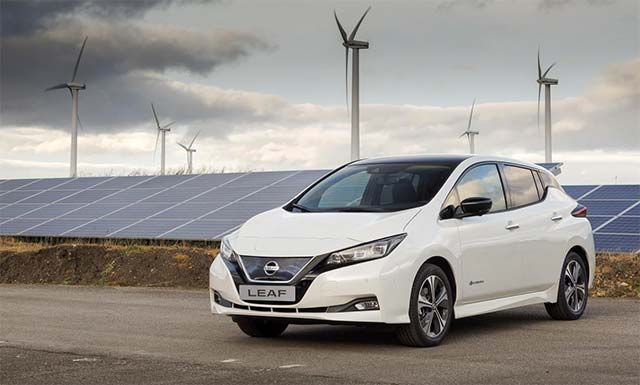 The new Nissan LEAF has received a five-star safety rating, the highest possible, from the Japan New Car Assessment Program.

In earning the top grade, the zero-emission LEAF with ProPILOT autonomous technology scored 94.8 points out of a possible 100 for occupant safety in a collision. The program is organized by Japan’s Ministry of Land, Infrastructure, Transport and Tourism and the National Agency for Automotive Safety and Victims’ Aid.

An icon of Nissan Intelligent Mobility, the new Nissan LEAF comes with a host of advanced safety features. The 100% electric car went on sale in Japan in October 2017 and will be introduced in more than 60 markets around the world.

Safety features that contributed to the new Nissan LEAF’s five-star rating include its highly rigid body structure, six SRS airbags, seats with enforced headrests and back frames, and seat belts with pre-tensioners and load-limiting capabilities for the front and rear outboard seating positions.

The new Nissan LEAF also passed the Japan New Car Assessment Program’s electric shock protection test. The test gauges how well electric vehicles protect occupants from electric shock in a collision. The car has a highly protective battery case, a layout and body structure that shield occupants from high-voltage parts, and a high-voltage cutoff device that activates in a collision.

First introduced in 2010, the Nissan LEAF is the world’s best-selling electric vehicle. The all-new version comes with a number of advanced technologies including ProPILOT technology for autonomous single-lane driving on highways and the ProPILOT Park autonomous parking system. It also features e-Pedal, which lets drivers accelerate and brake by operating only the accelerator pedal.

Nissan continues to develop electric-vehicle and autonomous driving technologies to enhance safety and convenience for drivers as part of Nissan Intelligent Mobility, the company’s vision for changing how cars are powered, driven and integrated into society.