Bosch and NIO partner on EV-technology 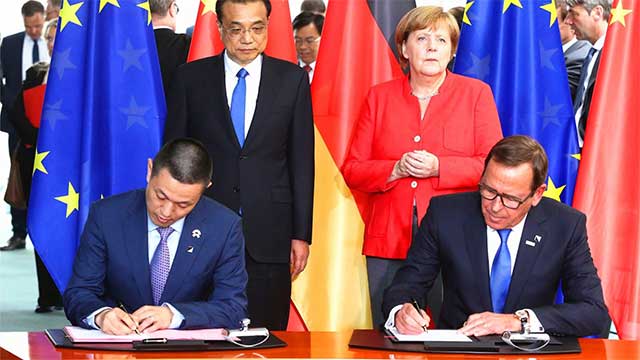 The vehicle contains key components from Bosch, such as driver assistance systems, control units, sensors and the iBooster electromechanical brake booster. The components will be further developed for NIO’s future models.

Bosch has been present in China since 1909 and is active in all of its business sectors today. In the Mobility Solutions sector, the supplier of technology and services works together with international and local manufacturers as well as startups in China. Today, Bosch employs more than 60,000 associates at 60 locations in China and achieved sales of 14.9 billion euros on the Chinese market in 2017 – a double-digit growth year on year.

Bosch focuses on strong localization in China. In addition to local partnerships, the focus is on local manufacturing, research and development for the Chinese market. In total, Bosch has invested more than 4.8 billion euros in its Chinese locations over the past ten years – in 2017 alone, the sum was almost 840 million euros. In Wuxi, the company has begun construction of a new mobility solutions facility, which will be the world’s first manufacturing facility for 48-volt batteries for electric cars.

In November 2018, the first Bosch iBooster manufacturing site in Asia Pacific will be officially inaugurated in Nanjing to fulfill the increasing demand for electrified and autonomous solutions in China. Also this year, the second phase of the automotive electronics plant in Wujin, Changzhou, will be completed. Additionally, it is planned to open a center for artificial intelligence in China in 2018.