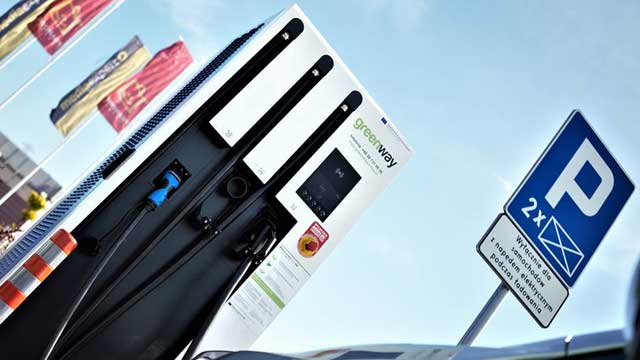 The GreenWay network is growing by almost 1/3, with the opening of 21 new fast charging stations throughout Poland on July 27, and another 10 by the end of August.  These will join the existing 33 stations in Poland and more than 30 in Slovakia to bring the total number of chargers in the GreenWay network to almost 100.

With the entry into force of the Polish Act on Electric Mobility in February, every public EV charging station had to undergo an inspection by the Office of Technical Inspection (UDT).  However, until recently there had not been a standard which would govern the nature of the inspection.

On July 27, an amendment to the electric mobility act will enter into force, providing guidance for the UDT on how to regulate charging stations and giving them 12 months to do so. During this time, the existing chargers are permitted to operate, allowing GreenWay to open the dozens that have been waiting.

The remaining 10 chargers are in final preparation and will open in August.

„We have been working on a path forward since the Act on Electric mobility was passed and we are very pleased that this moment has arrived,” said Rafał Czyżewski, CEO of GreenWay Polska. “Now that we can put these new chargers into operation there are many more locations where EV users can charge in Poland, and an EV trip throughout Poland will be much easier and more relaxed.”

Precise locations and information on each charger, and how to register to join the GreenWay network, can be found at its Poland website.

The chargers are supported by the European Commission’s Connecting Europe Facility grant to Greenway Infrastructure to deploy electric vehicle charging infrastructure along the TEN-T network.

Greenway Infrastructure is a part of The Voltia Group, dedicated to ending our dependence on fossil fuels through the development of clean electric mobility.