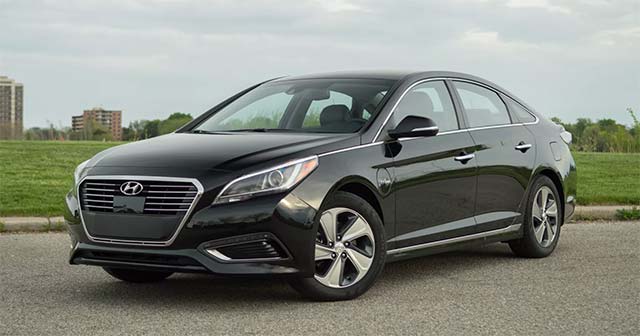 The subject vehicles are equipped with a Voltage Protection Device (“VPD”) designed to monitor the hybrid battery’s state of charge and safeguard the hybrid battery from overvoltage by disconnecting the power to the electric motor.

In limited instances, during the charging/discharging process, the battery could swell and inadvertently activate the VPD switch. If the VPD switch is activated while the vehicle is driven in the EV drive mode, the electric motor could become inoperative and the vehicle could lose motive power.

In May 2017, Hyundai received a field report indicating a 2016 Sonata Plug-In Hybrid couldn’t start and the driver noticed an illuminated hybrid system warning light. The problem caused Hyundai to open an investigation where engineers discovered if the VPD activates while driving in EV mode and the electric motor fails, the hybrid powertrain would default to the gasoline engine as a fail-safe.

Hyundai is unaware of any crashes or injuries caused by the vehicles losing power.

The Sonata Plug-In Hybrid recall should begin May 4, 2018, when dealers will remove the recalled component and replace it with a new battery management module with a revised overvoltage protection switch.

Cars built after August 2017 already have the updated hardware.