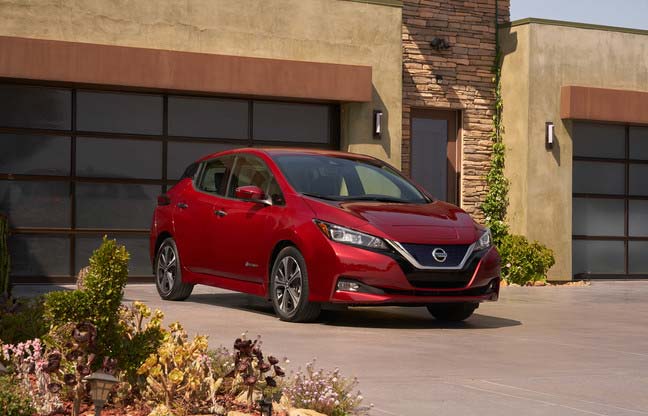 The new Nissan LEAF will go on sale in seven markets in Asia and Oceania during the next fiscal year, underscoring Nissan’s commitment to a cleaner, more efficient driving future.

Nissan will launch the model in Australia, Hong Kong, Malaysia, New Zealand, Singapore, South Korea and Thailand. The company is also exploring introducing the zero-emission car in other markets in the region, including Indonesia and the Philippines.

The announcement was made at Nissan Futures, a gathering in Singapore of industry leaders, government officials and media from across Asia and Oceania. The three-day event is bringing together influential speakers to discuss how to create a sustainable future through vehicle electrification, and how to make advanced driving technologies more accessible, under the theme “The Future of Mobility – Electrification and Beyond.”

Nissan Regional Senior Vice President Yutaka Sanada said the company is working to bring the new generation of the world’s best-selling electric vehicle to as many markets as possible. The new Nissan LEAF is the icon of Nissan Intelligent Mobility, the company’s approach to moving people to a better world by changing how cars are powered, driven and integrated into society.

“The new Nissan LEAF is the most advanced, yet accessible 100% electric vehicle on the planet,” said Sanada. “This ingenuous car will make you feel more confident, more excited, more connected than any other mainstream electric vehicle. The launch in so many markets shows our commitment to playing a leading role in electrification in this dynamic region, and to delivering the future of mobility to the region now.”

Nissan is studying demand in Indonesia and the Philippines ahead of the new Nissan LEAF’s next launch phase, Sanada added.

Strong underlying demand suggests that the market for electric vehicles has the potential to grow exponentially in Southeast Asia, according to research released by Frost & Sullivan at Nissan Futures.

Nissan has sold more than 300,000 LEAFs globally since the model first went on sale in 2010. The company introduced a fully redesigned Nissan LEAF in September 2017, with a suite of advanced technologies that showcase Nissan ingenuity, including the e-Pedal system for one-pedal driving.

Deliveries of the new Nissan LEAF began in Japan in October 2017, followed by the U.S. and Canada in January. The car will go on sale in Europe in February. It will eventually be available in more than 60 markets worldwide.

Feb 7, 2018Blagojce Krivevski
Brits save a whopping £800 per year by driving an electric vehicleNew Hyundai Kona Electric Teased Ahead Of Geneva Debut