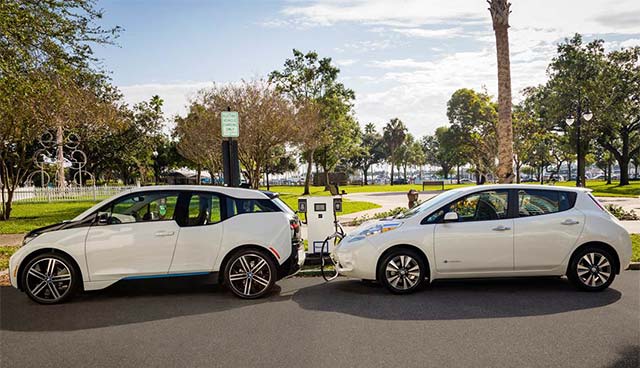 The power of electric vehicles keeps climbing when it comes to overall market share growth.

Management and technology consultancy BearingPoint’s analysis of the electric vehicle market, “Automotive – Electric Market Overview 2017,” shows that the market share development for electric and hybrid vehicles continues to be positive for most countries analyzed.

According to the market overview, Norway is the dominant leader when it comes to electric vehicle (EV) and hybrid electric vehicle (HEV) market share: 29.5% of vehicles in Norway in 2016 were either electric or hybrid electric, followed by Japan with an EV/HEV market share of 21%, and the Netherlands with 13 %. Europe’s top three EV/HEV-producing countries, Germany (1.3%), France (3.3%) and Italy (1.8%) are far behind the leaders when it comes to EV/HEV penetration.

“According to our research, Europe’s main car producing countries are way behind regarding market share. They clearly need to shift gears and energies towards electric drive. What really helped in countries like Norway or China to push the electric market share were government incentives to make companies and private people decide for electric cars,” said Matthias Loebich, Global Leader Automotive at BearingPoint.

It is clear from the study that government incentives are a big driver of EV/HEV sales, with significant increases seen in countries having the highest incentives or subsidies and decreased demand in countries where such subsidy schemes diminished in value.