Electric cars outsell ICE ones in Norway in March 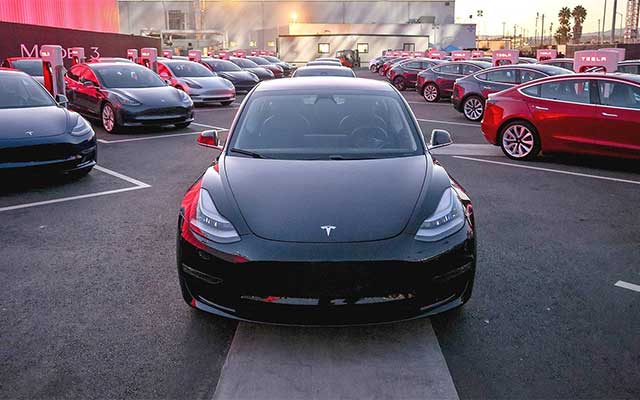 Nine of the top 12 models in the March were electric with Tesla Model 3, VW e-Golf, BMW i3, Nissan Leaf and Audi e-tron as top five among the all-electric models.

Last month, the Model 3 was the biggest seller with 5,315 deliveries. Together with the company’s Model S and Model X, Tesla sold 5,822 cars, corresponding to a 31.7 percent electric car market share. Tesla has become the best-selling brand year to date with 7,024 deliveries and 18.3% market share.

Electric cars’ share of the market in the first three months of 2019 was 48.4 percent and is expected to hover around 50 percent for the whole year.

Sales could have been even higher. Thousands of Norwegians are on waiting lists with supply lagging behind demand.

“These are historical figures,” says Terje Moe Gustavsen, Director of the Norwegian Public Roads Administration. “It happened fast,” he says, commenting on the March sales.

“When we look back, it’s not more than five years ago since the goal for electric car policies was made. At that time, we had just over 10,000 electric cars,” Terje Moe Gustavsen elaborates.

Norway has waived hefty vehicle import duties and registration and sales taxes for buyers of electric cars to boost sales. Owners don’t pay road tolls and use bus lanes in congested city centers. The aim to have all new cars in the Scandinavian country be electric by 2025.