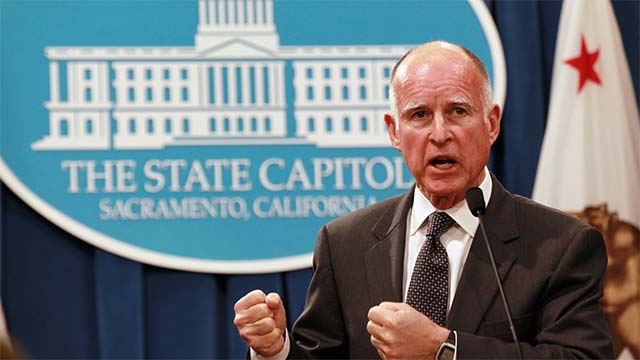 California Governor Jerry Brown signed Assembly Bill (AB) 739, authored by Assemblymember Ed Chau (D-Monterey Park), which requires at least 15% of vehicles, with a gross vehicle weight of over 19,000 pounds that are newly purchased by state agencies, to be Zero-Emission Vehicles (ZEV) beginning in 2025, and at least 30% of those vehicles to be ZEV beginning in 2030.

“With the Federal Government rolling back environmental protections and clean air regulations, it is more important than ever for California to step-up and take a leading role in the fight against climate change,” said Assemblymember Ed Chau. “I want to thank Governor Brown for continuing our efforts to curb climate change by signing AB 739 into law, which will ensure that state agencies are procuring zero-emission vehicles for our larger truck and bus fleets.”

Fossil fuel trucks and buses produce disproportionately higher GHG and air pollution emissions. According to a recent report from the Union of Concerned Scientists and the Greenlining Institute, Delivering Opportunity: How Electric Buses and Trucks Can Create Jobs and Improve Public Health in California, heavy-duty vehicles account for 33 percent of California’s smog-causing nitrogen oxides (NOx) emissions and 40 percent of the harmful particulate matter created by burning fossil fuels. Heavy-duty vehicles make up just 7 percent of vehicles in California, but contribute 20 percent of global warming emissions from the transportation sector. Commercially-available advanced technologies, like battery electric or hydrogen fuel cell trucks and buses are able to more efficiently perform the same jobs without emitting any pollutants or GHGs into the air.

“AB 739 builds upon the 2012 Executive Order by setting procurement goals for our state’s heavy-duty vehicle fleet, which will help create jobs and a market that fosters heavy-duty ZEV development, provide for more fuel-efficient vehicles, and contribute to our GHG emission reduction goals, while improving public health,” concluded Assembly member Chau.