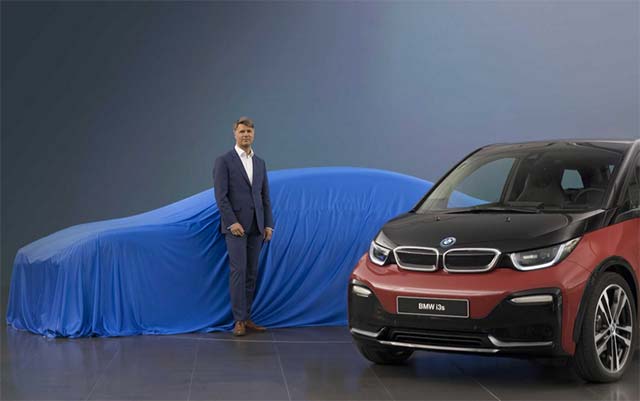 BMW, which includes the Mini and Rolls-Royce brands and sold 2.34 million cars last year, announced its shift into more electric cars on the same day as Jaguar revealed it would offer electric or hybrid variants of all its models by 2020.

“The trend towards electric mobility is irreversible. But it will happen in different ways and at various speeds in different parts of the world. The change in China is just one example,” said Klaus Frohlich, Member of the Board of Management BMW AG for Development, adding that electric cars will have a range of up to 700 kilometers (435 miles).

As a pioneer in e-mobility, BMW began testing the MINI E fleet worldwide back in 2008. Valuable know-how was integrated into their first fully-electric production car, the BMW i3, the “original”. It’s been the world’s top-selling electric car in its segment since its launch in 2013.

“Let me make one thing very clear: In e-mobility, the BMW Group will also be the leading provider in the premium segment. By 2025, we will offer 25 electrified vehicles – 12 will be fully-electric. Today, and at the IAA, you will see the concept vehicle for the first series electric MINI, for release in 2019. As we have announced, we will be introducing the first BMW core model – the X3 – as a BEV in 2020. Going forward, all fully-electric BMWs will belong to BMW i. This also applies to the X3. We have also announced the BMW iNEXT – our next innovation spearhead – for 2021,” said Krueger.

BMW is planning to show off all-electric four-dour vehicle at the Frankfurt Motor Show next week, which will sit between the current i3 and i8 offerings in its EV lineup.