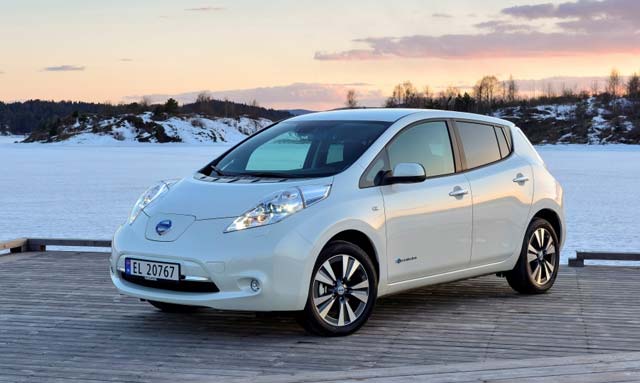 The veteran Nissan Leaf was best-selling plug-in model in Norway, thanks to 334 registrations, up 41% year-on-year, a stunning performance for a model that has been in the market since 2011 and is scheduled to be replaced this year.

The Japanese hatchback was followed by two plug-in hybrid SUVs, the Mercedes GLC350e with 295 units and the Mitsubishi Outlander PHEV with 286 deliveries.

In the year-to-date ranking, the BMW i3 is in the leadership, with 3,046 units, with the Volkswagen e-Golf and Nissan Leaf running for second place, with the German model currently ahead with 2,586 vs 2,536.

A mention for the fuel-cell market, where the Toyota Mirai registered an additional three units last month, but YTD, the Hyundai FCEV model still leads the counting with 14 registrations against 8 of the Toyota Mirai.

As for the LCV (N1) PEV market, sales were down 30% last month, to 21 units, with the Nissan e-NV200 registering 15 units, while on the YTD ranking, Nissan’s electric van is also leading, with the Japanese counting 165 deliveries, followed by the second placed Peugeot Partner EV (115 units), and the Citroen Berlingo EV, third placed with 71 registrations.