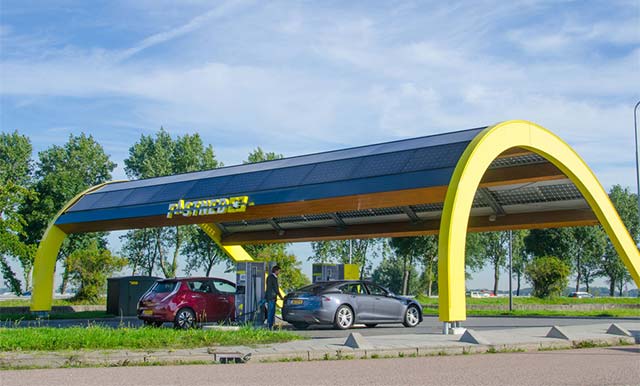 Fastned, the Dutch company that is rolling out a European network of fast charging stations where all electric cars can charge, has raised 7.7 million euro in just two weeks via a public issue of bonds.

Initially, the issue was limited to 3.3 million euro, but due to the high demand the board of directors decided to extend the issue. In total 7.7 million euro worth of bonds were issued to more than 600 investors. The proceeds of this issue will be used to further expand the network of fast-charging stations in the Netherlands and in the rest of Europe.

Subscriptions to the issue was possible from Tuesday, May 23, 07:30hrs to Tuesday, June 6, 16:00hrs. The bonds pay out 6% interest per annum and have a maturity of 5 years. The interest is paid quarterly in arrears.

Bart Lubbers, co-founder of Fastned: “In every investment round, we see more and more people who invest bigger and bigger sums of money to support the sustainable mission of Fastned. These investors show true leadership in the required energy transition as set out in the Paris Climate Agreement. Together we build the green service stations of the future.”

Fastned is building a European network of fast charging stations and currently has 63 stations operational. Volume (kWhs) and revenues have grown at a pace of around 10% month-on-month for two years; significantly outpacing the market. The experience gained in the Netherlands provides a good basis for European expansion. Fastned recently won the tender for charging stations in London and has signed contracts for dozens of locations in Germany and Belgium.