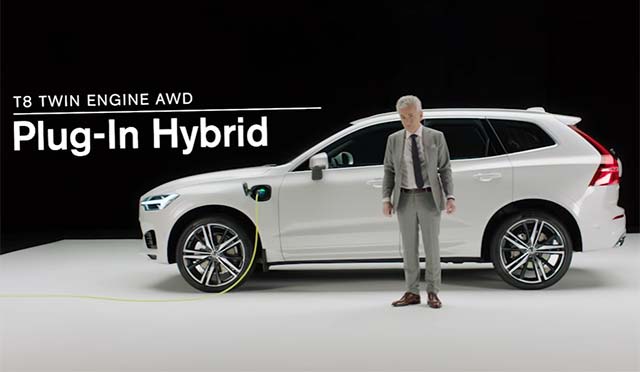 The all-new Volvo XC60 has been detailed in a walk-around video by company’s senior product manager Hans Nilsson.

First unveiled at the 2017 Geneva Motor Show in March, the all-new Volvo XC60 is longer and wider than its predecessor, including a wheelbase that is roughly 90mm more accommodating.

A range of petrol and diesel engines will be on offer, along with award-winning T8 Twin Engine plug-in hybrid.

The XC60 is the fourth model based on Volvo’s in-house developed SPA vehicle architecture, following the introduction of the top-of-the-line 90 series in recent years.

The front axle is powered by the 2.0-litre twin-charged petrol engine, while the rear is spun by the electric motor powered by 10.4kWh battery, which can be charged via the grid or regenerative braking.

May 2, 2017Blagojce Krivevski
BMW Designworks collaborates with Shell to improve the customer experience in hydrogen refuellingEV Range Comparison Infographic: How Far Can You Really Drive in an EV?