Nissan Leaf and Renault Zoe leaders in March in Spain 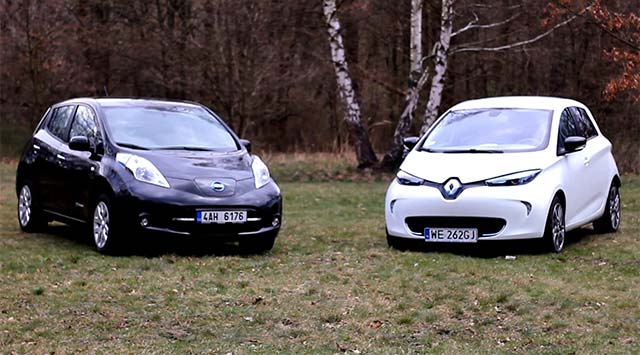 The Spanish plug-in vehicle market was up 9% last month, having registered 466 units, with year-to-date numbers reaching 1.007 units, up 25% regarding the same period last year and with the market share close to 0.4%.

March had another all-electric vehicle podium, with the Renault Zoe and Nissan Leaf leading the pack with 89 deliveries, followed by the BMW i3, with 42, its best result ever.

In the year-to-date ranking, the Renault Zoe is also leading (209 units), in front of the second placed Nissan Leaf (136), with the Outlander PHEV (95 registrations) closing the podium.

As for the light commercial vehicles (N1) class, sales this year are down up 7% to 171 units, with the Nissan e-NV200 ahead with 70 units sold this year, followed by the Renault Kangoo ZE (48 units) and Citroen Berlingo EV (25).