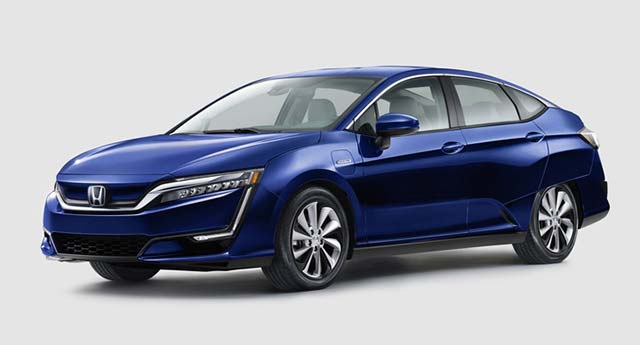 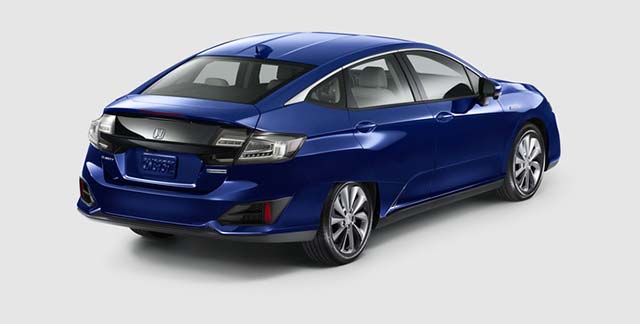 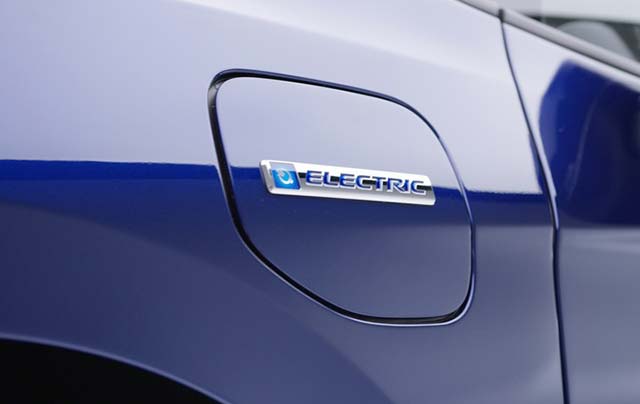 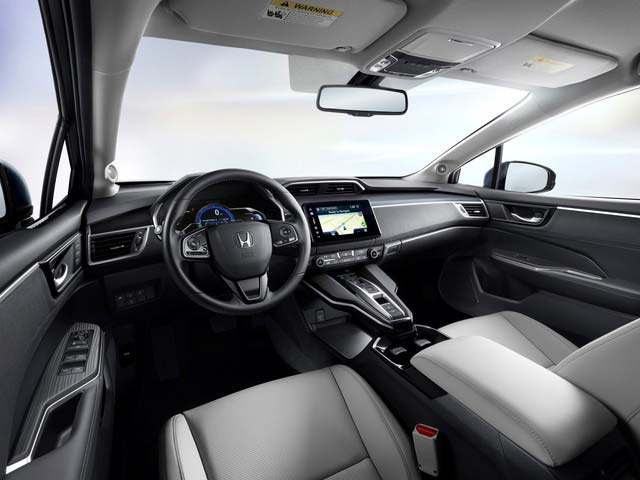 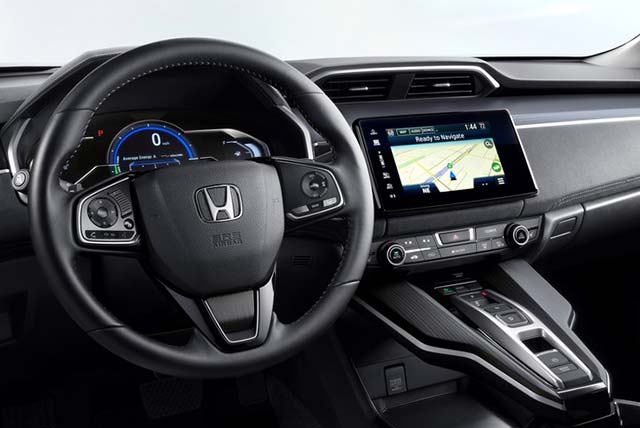 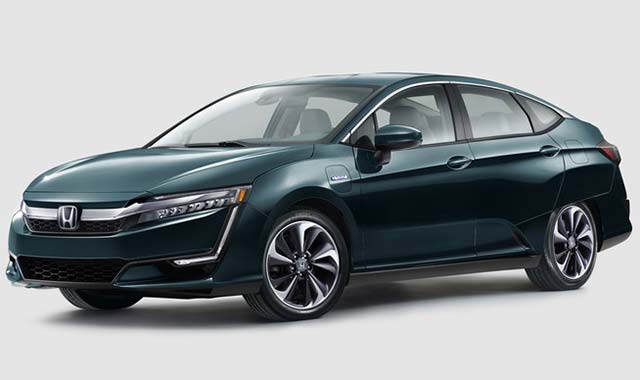 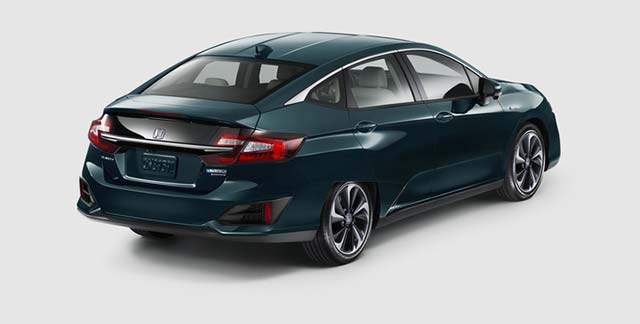 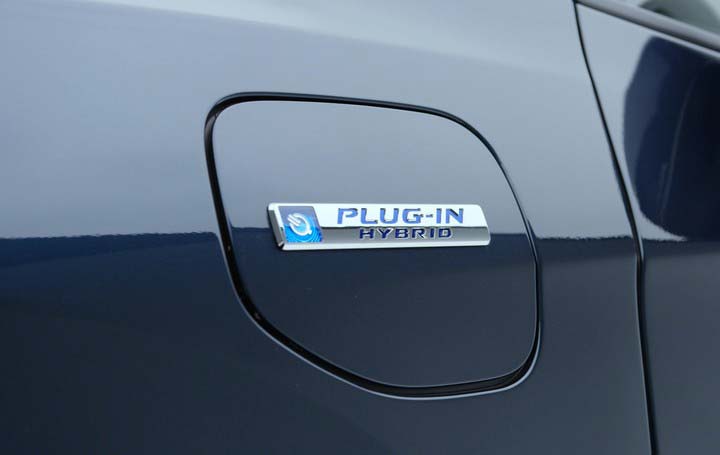 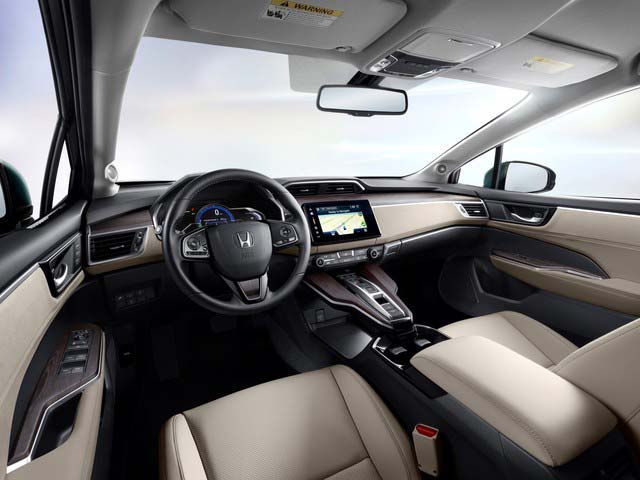 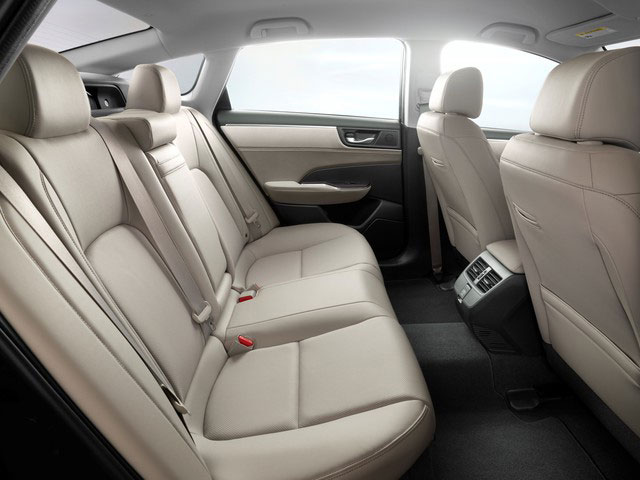 “The Honda Clarity is aimed at accelerating the deployment of advanced electrified powertrain technology and bringing electrified vehicles further into the mainstream,” said Jeff Conrad, senior vice president of American Honda Motor Co., Inc., at the company’s auto show press conference. “The Clarity series also heralds the advancement of our Honda Electrification Initiative, representing our investment in the full spectrum of electric-vehicle technologies.”

“Electrification is the future of mobility and the future of Honda, and it all starts now with this new Clarity series,” added Steve Center, vice president of the Connected and Environmental Business Development Office at American Honda.

Honda Clarity Series
As the next progression of Honda’s dynamic styling for electrified products, each Clarity variant has a low, wide aerodynamic body with unique design elements, including its own special hero color, and differentiated front styling, headlights, tail lamps and 18-inch alloy wheel designs. Combined with elegant and advanced exterior styling, each Clarity series vehicle has a spacious interior with comfortable seating for five adults, outfitted with premium, environmentally responsible materials.

With three different powertrains and luxury packaging, the Clarity series has wide appeal. This shared “3-in-1” platform strategy will enable Honda to respond to infrastructure and market developments, provide customers nationwide with an ultra-low carbon vehicle that meets their lifestyle needs, and takes Honda toward higher volume sales of advanced powertrain products that will help reduce CO2 emissions.

The Clarity series is at the vanguard of Honda’s commitment to address society’s energy and environmental concerns as the company expects significant growth in sales of efficient, lower CO2 electrified vehicles. Honda has previously announced plans to introduce a dedicated new hybrid car to the U.S. market in 2018. The new Honda hybrid car will be made in America.

The vehicle’s electromotive power comes from a 181-horsepower electric motor producing 232 lb.-ft. of torque and drawing power from both the gasoline engine and a 17-kilowatt hour (kWh) battery pack with a recharge time of 2.5 hours at 240 volts. The Clarity Plug-in Hybrid is anticipated to earn an EPA fuel economy rating of 105 MPGe (miles per gallon of gasoline-equivalent) combined, at the top of its class. The Clarity Plug-in Hybrid features three selectable modes – Normal, Econ and Sport – allowing drivers to customize their experience, maximizing efficiency or driving performance. A fourth mode – HV mode – is provided to maintain the battery’s state of charge and can be selected in conjunction with Normal, Econ and Sport driving modes.

As the sales volume leader in the Clarity lineup, the Clarity Plug-in Hybrid will be offered in two premium-contented trims, standard and Touring.

Honda Clarity Electric
The 2017 Honda Clarity Electric is geared toward consumers who desire a spacious, comfortable and affordable sedan that suits their daily driving needs. The Clarity Electric is powered by a 161-horsepower (120-kilowatt) electric motor producing 221 lb.-ft. of torque and drawing power from a 25.5-kWh battery pack. The vehicle can by fully charged in just over three hours at 240 volts, and when using DC fast charging with the SAE Combined Charging System can achieve an 80 percent charge in just 30 minutes.

Honda Clarity Fuel Cell
Honda views fuel cells as the ultimate zero-emissions vehicle technology and the Clarity Fuel Cell offers green early adopters the latest technology to be on the forefront of “what’s next.” Honda began deliveries of the 2017 Clarity Fuel Cell in December 2016 in select California markets, where a consumer friendly network of hydrogen stations continues to grow, and has already delivered more than 100 vehicles.

Technological innovations to the Clarity Fuel Cell have created a fuel cell stack that is 33 percent more compact with a 60 percent increase in power density compared to its predecessor, the Honda FCX Clarity. The more compact fuel cell and integrated powertrain, now comparable in size to a V-6 engine, fits entirely under the hood of the car, allowing for a more spacious cabin with seating for five passengers.

At 366 miles, the Clarity Fuel Cell has the highest EPA driving range rating of any zero-emission vehicle in America, including fuel cell and battery electric vehicles, and an EPA fuel economy rating of 68 MPGe combined. The Clarity Fuel Cell is available for the competitive introductory lease price of $369 a month for 36 months with $2,868 due at signing. The lease terms include an attractive mileage allowance of 20,000 miles per year, up to $15,000 of hydrogen fuel, up to 21 days of an Avis Luxury Rental in California, 24/7 roadside assistance, and eligibility for California “White Sticker” single occupant HOV access. Lessees can also apply for the State of California $5,000 rebate. The Clarity Fuel Cell is available in three colors: Bordeaux Red Metallic, White Orchid Pearl and Crystal Black Pearl.