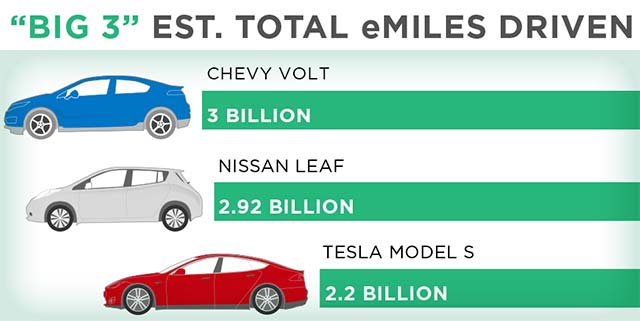 The modern era of electric vehicles was kicked off in earnest with the roll out of the Chevy Volt and Nissan LEAF in December of 2010. At the time, a Silicon Valley start-up called Tesla Motors was rapidly building up to the release of its industry-changing Model S.

Since then, members of that trio, the “Big 3” of plug-ins, have led the way in the EV market in the U.S. and dominate the total electric miles driven accounting with a full 76% of all electric miles.

Wireless EV charging company Plugless released an interesting report on the estimated cumulative electric miles driven for all plug-in vehicles in the US. 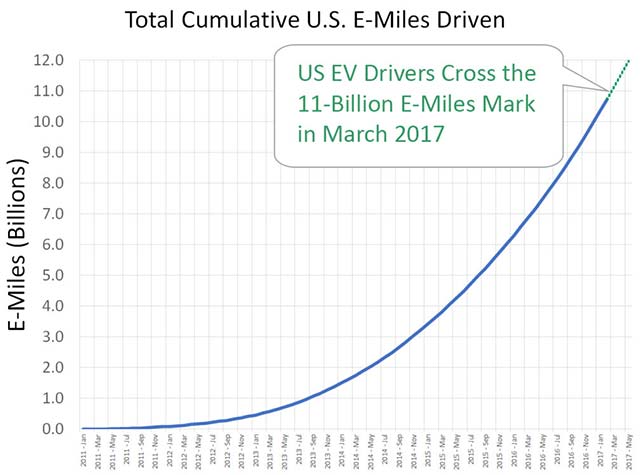 As of February 2016 the total number of e-miles driven is about 10.7 billion. And since more than 300 Million of those e-miles were driven in February alone it’s likely that the 11th billionth is happening right about now.

The Chevrolet Volt has accumulated about 3 Billion of those miles (Gen 1 ~2.8 Bn and Gen 2 the remaining 200+ million e-miles). Nissan LEAF has an estimated 2.92 Billion e-miles and Tesla Model S drivers are at about 2.2 Billion e-miles. 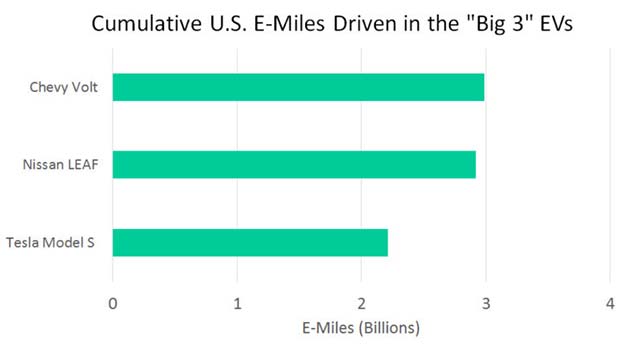 “While the Volt and LEAF total cumulative miles are essentially a dead heat, why is the Tesla Model S, with its longer range (which seems to account for a larger monthly e-miles driven) lagging? It’s just a matter of time. Volt and LEAF sales began a few years ahead of the Model S and this chart shows the Model S tracking at roughly the same curve just two years later.” 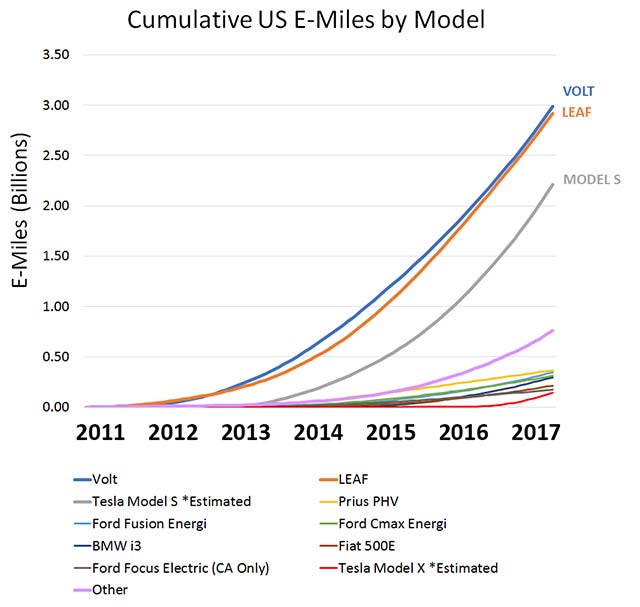 Taking a look at the EV fleets by manufacturer GM and Nissan have racked up e-miles at about the same rate since 2012. With the combination of Tesla Model S and Model X (and peppering in the Roadster miles), Tesla is poised to rapidly overtake the lead. It gained 3% in share of total US e-miles between January of 2016 and 2017, while Nissan and GM’s share each shrank by 3%.

Tesla’s continued charge forward in e-miles share is likely due to two factors:

1. Each Tesla owner simply gets more e-miles because Teslas have the electric range to be “everything cars.”
2. The addition of Model X e-miles is rapidly adding e-miles to the Tesla fleet (and likely to keep accelerating that growth) 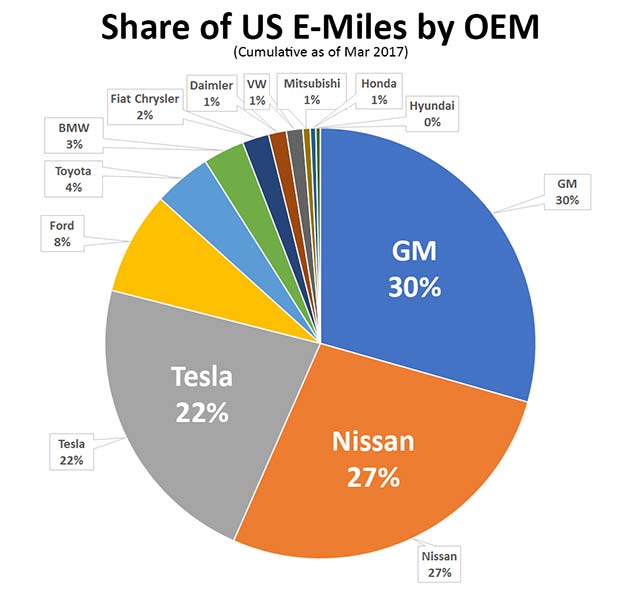 Out of every hundred miles driven on electricity in the US, 22 have been in a Tesla of some kind — either Model S, Model X, or Roadster. Not bad considering the 178 year combined lead that Nissan and and GM have on Tesla in automaking experience.