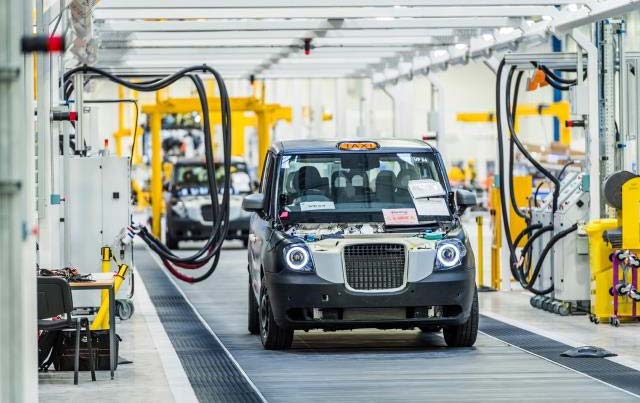 The London Taxi Company (LTC) has officially opened its new vehicle plant in Ansty, Coventry to produce its new range-extended electric black taxi, which will go on sale later this year.

LTC, a wholly-owned subsidiary of Geely, has invested more than £300 million in the new site and the next-generation London taxi, which will be produced at the plant and exported around the world. The investment and expansion of LTC has created more than 1,000 new jobs, including 200 engineers and 30 apprenticeships.

The site has the capacity to build more than 20,000 vehicles per year – vehicles designed for, and dedicated to one task: to be the best ultra-low emission commercial vehicles in the world.

All vehicles produced at this plant will go through the most stringent testing regime in the company’s history. Each test vehicle will cover almost 500,000 kilometers, often in extreme conditions, to ensure that no city is off-limits. This program will enable LTC to deliver world-leading urban commercial vehicles, which meet the highest levels of quality, reliability and usability, purposefully designed for demanding daily drive cycles.

The all new electric taxi goes on sale first in London in quarter four 2017, and then around the world in early 2018. The new vehicle will be highly competitive with substantially lower fuel costs than its previous taxis.

The fully integrated factory – from research through to production – will also become a globally connected research and development centre in electric vehicle powertrains and lightweight aluminum body structures, which will be applied in all vehicles made at the plant.

The technology behind the new facility and vehicle is cutting edge. It has been developed in collaboration with other members of the Geely group, including Volvo Cars, whilst drawing on LTC’s heritage and expertise in the development of purpose-built taxis.

This partnership has ensured that the vehicle retains its key features such as being wheelchair accessible, and having a high level of manoeuvrability whilst incorporating new features like a spacious cabin area with six passenger seats and a highly sophisticated electric drivetrain.

The new fully integrated research, development and production facility, where work began just under two years ago, has been supported by the UK Government through its Regional Growth Fund.

The plant meets the highest environmental standards possible, including 850m2 of photovoltaic solar panels to power the factory and 20 charging points for electric vehicles.