BMW Group to launch 40 models by 2018; will focus on electrified vehicles 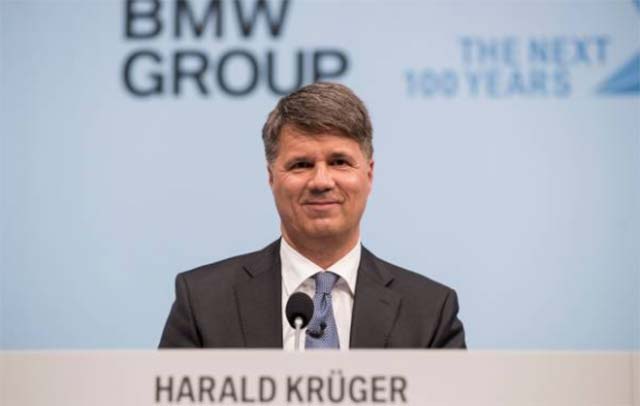 The German luxury-carmaker BMW AG held its annual shareholders’ meeting and like many German companies, BMW used the event to present its full-year results and to brief shareholders and the media on its plans and expectations for the future.

BMW plans to launch 40 new or revised models under its brands BMW, Mini and Rolls Royce by 2018 as it looks to compete against its rival Mercedes. In a bid to increase its sales significantly by 2020, the company plans to add a number of new models including BMW X7 which will complement the BMW 7 series.

The company is also looking to increase the number of electrified cars and SUV models in the coming days. BMW had started i project back in 2007 and after 10 years it is set to deliver 200,000th electric vehicle this year.

In 2016, electrified vehicles accounted for around 2.6 percent of BMW Group sales. But in certain EU countries, electrified cars already make up over 20 percent of Group sales. BMW Group expects to sell 100,000 plug-in hybrid and electric vehicles in 2017. Already in January and February 2017, BMW sold more than twice as many e-cars worldwide as in the same period last year. February sales of the i3 were 55 percent higher than last year.

In the second stage of electrification, BMW plans to launch the BMW iNEXT, a project which will pursue the strategy that will develop different drivetrains that will be incorporated in plug-in hybrid and all-electric vehicles across its brands and key model series.

“With our Strategy, we have decided that: The fully electric drivetrain will be integrated into our core brands, with: an all-electric MINI in 2019, and an all-electric BMW X3 in 2020. Soon, range will no longer be a differentiating factor. We are already concentrating on achieving an optimum balance between all relevant features: safety, range, and duration and life of the battery. We believe that our customers will benefit the most from this approach. We are keeping expertise in electric drivetrains, power electronics and battery cells within the company. We have more in-house value creation in electro-mobility than any of our competitors. This also brings cost benefits,” Harald Krüger, Chairman of the Board of Management of BMW AG said at the annual press conference.

“At the same time, we are also working on fuel cells. These are particularly well-suited to larger model series and long distances. We plan to produce a low volume series in 2021, and we will be able to offer vehicles with fuel cells from 2025.”

“Also by 2025, all our vehicles with combustion engines will be fitted with 12 and 48-volt energy recovery systems.”

“That is why we are stating a range of 15 to 25 percent in our estimates of the share of electrified cars in 2025. In this context, we are refining our vehicle architectures. They are already designed so that we can build cars with a combustion engine and plug-in hybrids on the same architecture for every model series. That is a result of our project i. From 2020, project i 2.0 will enable us to introduce a pure battery-electric model for our model series. To achieve this, we are now gearing our architectures towards combustion engines and pure battery-electric drivetrains. We are not only able to assemble and paint cars with both drivetrains on the same line; we also only need one car body construction to produce models with a combustion engine or electric drivetrain. The benefits of this are obvious: Maximum flexibility for planning and production, regardless of how e-mobility develops in a segment or market.”