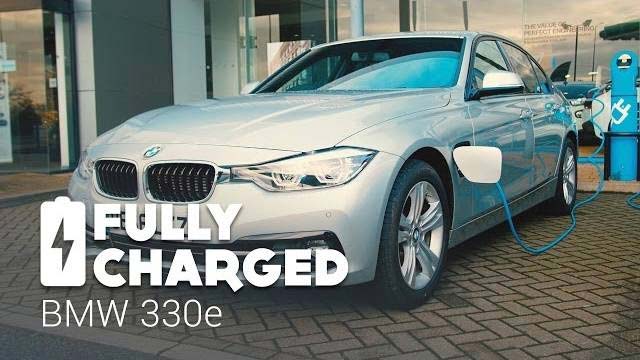 It’s time for the BMW 330e to be featured at the Fully Charged Show.

The all-new BMW 330e features a plug-in hybrid drive system offering typical BMW driving dynamics and outstanding efficiency. The combustion engine fitted in the BMW 330e is based on the four-cylinder gasoline unit with BMW TwinPower Turbo technology that has already won the International Engine of the Year Award on two occasions. Stand-out characteristics include its sporty power delivery, output of 180 hp and peak torque of 215 lb-ft.

The electric motor, developing 87 hp with maximum peak torque of 184 lb-ft, and the power electronics are derived directly from the BMW eDrive technology featured as standard in the BMW i3 and BMW i8 models. The motor is powered by a lithium-ion battery with a capacity of 7.6 kWh (gross)/5.7 kWh (net). The model-specific concept of the high-voltage battery, including its battery management system and highly efficient direct cooling system derive from BMW i.

The BMW 330e accelerates from 0-60 mph in 5.9 seconds with a top speed of 140 mph. In everyday driving conditions, a total range of approximately 370 miles is attainable. The eDrive technology allows for approximately 22 miles in all-electric mode with speeds of up to 75 mph.