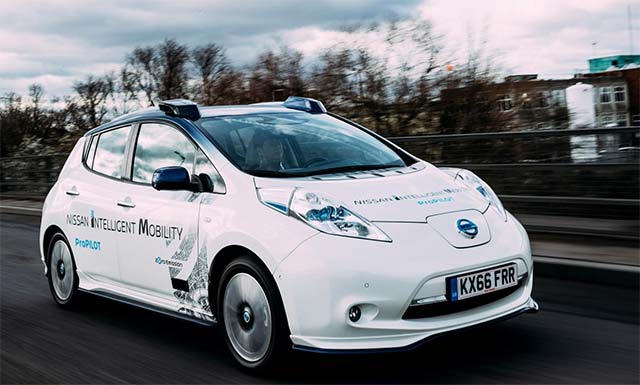 As part of its commitment to creating a zero-emission, zero-fatality future for mobility, Nissan today showed to the media its real-world testing of next generation autonomous drive prototype vehicles taking place in the east of London.

Participants in the passenger and rear seats were given the opportunity to experience the technology, which consists of millimeter wave radar, laser scanners, cameras, high-speed computer chips, and a specialized HMI (Human Machine Interface), just to name a few. All of this helps allow the vehicle to operate in an autonomous manner on both highway and city/urban roads including runabouts once the destination points are entered into the navigation system.