Nissan To Showcase The ZEOD RC at Fuji Speedway 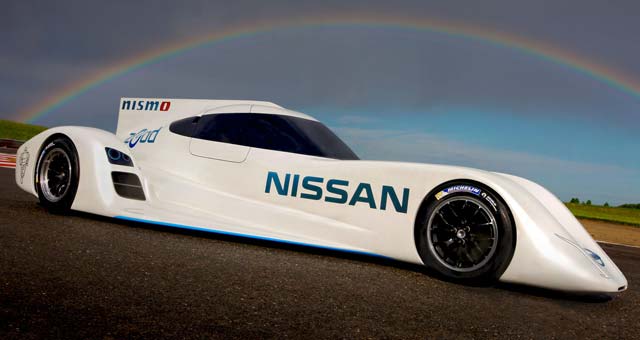 Japanese fans will have the first opportunity to see the Nissan ZEOD RC in action when the car makes its public on-track debut at this year’s Fuji Speedway round of the FIA World Endurance Championship.

Running in pure electric mode, the Nissan ZEOD RC will undertake demonstration runs on October 18, 19 and 20 – all three days of the Japanese round of the WEC.

The ZEOD RC (Zero Emission On Demand Racing Car) will make its race debut at next year’s Le Mans 24 Hour. The global leader in electric vehicles for the road, Nissan will trial variants of new electric drive train technologies as part of its intended future return to LM P1 competition to challenge for overall victory at the world’s most prestigious endurance race.

Nissan’s two-time Japanese SUPER GT champion Michael Krumm will drive the car at Fuji. Krumm was part of the driver line-up for the Nissan DeltaWing program in 2012 and also finished third in the LM P2 class this year at the Le Mans 24 Hours.

The Nissan ZEOD RC will kick off its testing and development program soon in the UK with inaugural Nissan PlayStation GT Academy winner Lucas Ordóñez behind the wheel.

Nissan launched the Nissan LEAF RC in 2011 – a race car prototype powered by the same 107-hp electric motor that is used in the road car.

The Nissan ZEOD RC is the next step in the electrification of motorsport. The new car will turn speeds faster than GTE class cars running purely on electric power with zero emissions.