FanBoost tweaks made ahead of Buenos Aires ePrix 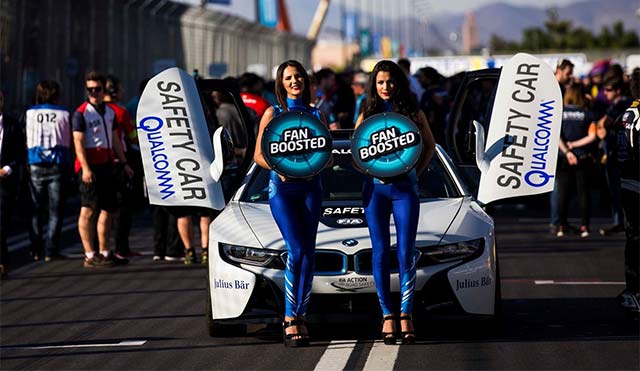 The FanBoost voting window has been reduced from 13 days to six ahead of the Buenos Aires ePrix on February 18.

FanBoost is Formula E’s unique fan engagement system that allows followers of the all-electric racing series to vote for their favourite driver and give them an additional power boost.

Previously, the vote opened on the Monday two weeks out ahead of the race, but this has now been switched to the Monday of race week to condense the time during which the teams and drivers canvass for votes and increase the amount of fan engagement they partake in.

Another small tweak to FanBoost is the removal of Instagram voting. This means there are still three ways to vote:

The vote will still close six minutes into the race, with the three drivers with the most votes receiving a 100kJ power boost in their second car. This boost has to be used in a single shot, in a power window between 180kw and 200kw.

Since Formula E started with the Beijing ePrix in 2014, 16 different drivers have won the fan vote. Jean-Eric Vergne, Sebastien Buemi and Lucas di Grassi are the most popular winners, with each having received the fan vote on nine separate occasions.