The ‘roaming’ is coming 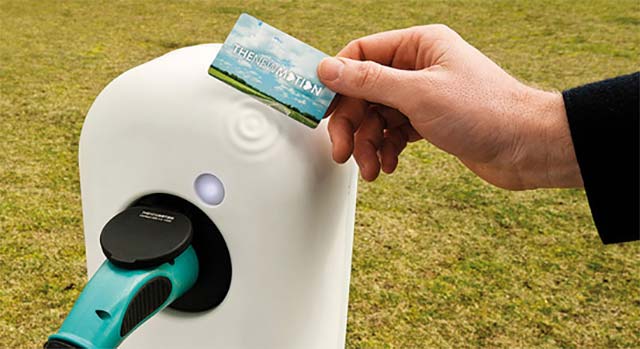 Owning and driving an electric vehicle in the UK isn’t as simple as it should be. Unlike some other European countries where EV driving is wider adopted and better facilitated, the UK has been late to the EV party – until now.

The Department for Transport recently released a consultation for the upcoming Modern Transport Bill, which has promised to pump serious investment into the UK’s infrastructure, supporting EV charging in the future. £35 million to be precise. Following this announcement came the news that the UK is the third biggest buyer of EVs in Europe. It’s fair to say the draft bill comes at just the right time – if not a little late.

Its goal is to future-proof the UK’s EV charging infrastructure to ensure it can withstand the expectant growth and uptake of EV driving.

A notable message from the draft bill is the need to have an open charge network – the ability to charge at any charge point, no matter what charge card you hold or who the network provider is.

It is imperative EV drivers have a simple, transparent and convenient way to charge their vehicles when not at home. At the moment – the situation is far more complicated than it needs to be.

Despite there being 11,000*(Source OLEV) public charge points, drivers are never entirely sure there will be a charger they can access when embarking on long journeys. And whilst 11,000 is a good number there is no doubt we need more if EV driving is to really take off and be fully adopted by everyone on the road. However, before building and installing more chargers, let’s utilise all the ones we already have to their full capacity.

Petrol drivers don’t care who owns the petrol station, they only care that they can get fuel. It’s the same for EV drivers. They shouldn’t have to worry about which network provider owns the charging point, it should be as simple as pulling up and plugging in. Consequently, EV drivers today often end up driving around with a variety of different charge cards (or mobile apps), which they then have to sift through to find the appropriate one for the appropriate charger. To make matters worse, at the end of the month bills from multiple providers fall on their doorstep.

The definition of roaming is to move about or travel aimlessly or unsystematically, especially over a wide area.

Translated to EV charging, roaming – sometimes referred to as interoperability – means the ability to use another network for charging services, when travelling outside the coverage area of the home network.

To put it simply, drivers have one charge card or mobile app that allows them access to any charging station, no matter which provider owns it.

Sounds too good to be true? Only if you live in the UK. As mentioned previously, there is a solution which currently exists in Germany, France and the Netherlands, that allows drivers to enjoy an open network.

No matter where they have charged, they receive one bill from their charge provider and let the networks divvy up the costs behind closed doors.

The Department for Transport has taken the first steps to enabling an open network like this for the UK with their propose measures for the Modern Transport Bill so a solution seems to be coming. The biggest challenge is getting all the charge networks in the UK to agree to it.

The New Motion has pioneered the creation of the roaming network across Western Europe and as a result drivers can travel and charge in majority of countries with one card – The New Motion charge card.

Since 2009, The New Motion has provided over 30,000 cloud-connected smart charge points and has over 80,000 registered charge cards, creating Europe’s largest publicly accessible EV charging network. Now we are bringing our expertise and technology to the UK.