EA and Real Racing 3 team up with Formula E 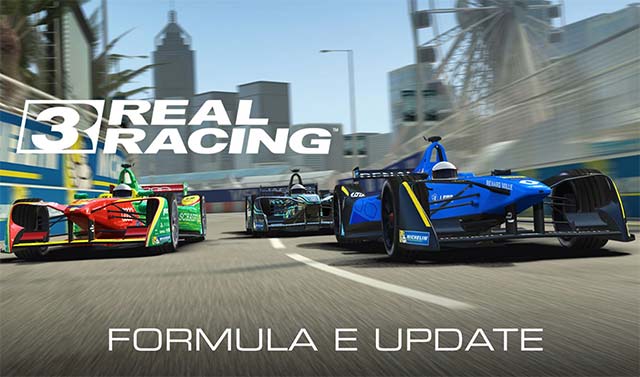 With this new partnership, Real Racing 3 will be adding the Formula E street circuit in Hong Kong’s Central District as a new track in the game, in addition to an in-game version of an official Formula E car, and exclusive behind-the-scenes videos from the real-world event, which took place this October 9, 2016.

“Real Racing 3 is committed to being the one-stop shop for all things motorsports on mobile,” said Luis Gigliotti, Executive Producer on Real Racing 3. “And with that commitment to bringing players the highest-end content, we have partnered with the newest, fastest-growing motorsport in the world: the exciting, forward-looking Motorsport of Formula E Racing.”

Watch the 360 experience of the Hong Kong track below


Now players will be able to experience the Hong Kong central harbourfront circuit first-hand, as they get behind the wheel of a zero emissions, high-powered electric vehicle that boasts a maximum speed of 140 mph (225 km/h).

“With almost 200 million people watching our events live or from the comfort of their home, Formula E is always looking for new ways to make motorsports more interactive for families everywhere,” said Alejandro Agag, Founder and CEO of Formula E. “Through our partnership with Real Racing 3, we are excited to finally bring the thrill of the world’s first fully electric single-seater racing series to the palm of their hands, providing new experiences and behind-the-scenes content they are sure to enjoy while at home or on-the-go.”