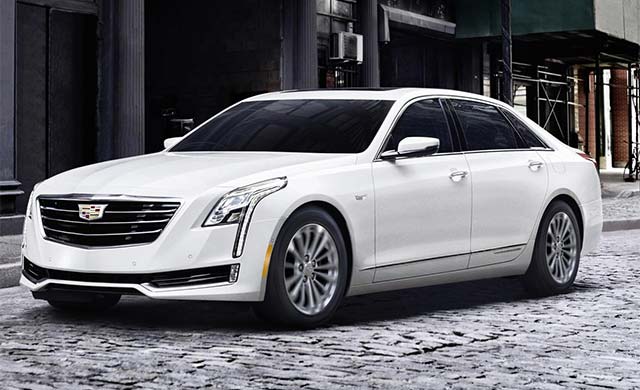 The 2017 Cadillac CT6 Plug-In sedan will go on sale in Canada in the spring of 2017, with an estimated total driving range of up to 643 km (400 miles) and an MSRP starting at $85,995 before any applicable provincial electric vehicle incentives.

The Cadillac CT6 Plug-In Hybrid is a vehicle choice for Canadians looking for leadership in environmental and technological innovation. The advanced plug-in technology enables the luxury sedan to reward Canadian drivers with environmentally conscious driving without compromising on performance. The CT6 Plug-In system is designed to provide responsive, all-electric driving for most daily commutes, while maximizing fuel efficiency by providing blended power from the engine and battery at higher speeds and higher loads.

The car’s combination of efficient engine and battery power enables drivers the freedom of up to 643 km’s (400 miles) of total driving range. Thanks to the advanced propulsion system, the CT6 Plug-In removes all range anxiety for our customers.

“The CT6 is a technological showcase throughout, and by far the lightest car in its class, making it an ideal platform for electrification,” said Cadillac President Johan de Nysschen. “In the CT6, Cadillac presents a new formula for prestige luxury. The advanced Plug-In system is a key addition, providing a combination of exceptional fuel economy, crisp acceleration and strong electric-driving range.”

The CT6 Plug-In combines an all-new rear wheel drive electric variable transmission to provide the smooth, powerful acceleration expected from a driver’s car. The two-motor EVT system combines with the 2.0-litre turbocharged four- cylinder gas engine to produce an estimated total system power of 335 hp (250 kW) and 432 lb-ft (586 Nm) of torque. This helps propel the vehicle from a zero to 96km/h (60 mph) in an estimated 5.2 seconds.

Each electric motor produces 100 hp (74.5 kW) of power. On electric power only, the car is capable of reaching a top speed of 125 km/h (78 mph), with the additional power of the engine adding hundreds of kilometers of total range and a top speed of 241 km/h (150 mph) on a track.  Electric range for the CT6 Plug-In is estimated to be up to 48 Kilometers (30 miles).

The CT6 Plug-In will be offered as its own unique package within the CT6 product line, with pricing and equipment comparable to the existing Premium Luxury model (second highest within in the model range). The Plug-In model includes numerous optional equipment as standard, such as a Rear Seat Infotainment system, Enhanced Night Vision and Rear Camera mirror.